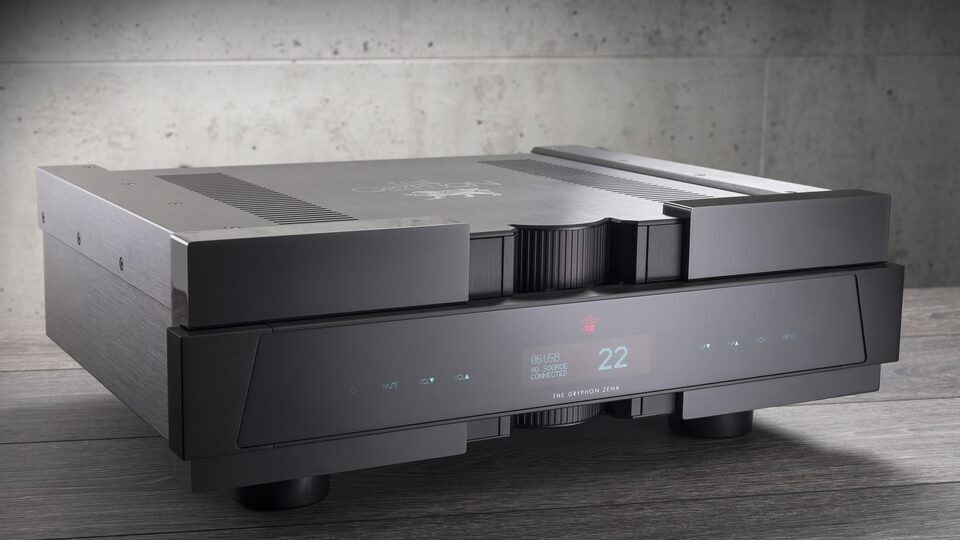 The Danish company Gryphon has released a fully discrete Class A Gryphon Zena preamp assembled in full dual mono. The novelty, promised 3 years ago, works with zero overall negative feedback. The stated operating range is up to 1 MHz, which, according to Gryphon, will provide “high slew rate, exceptional transient accuracy and zero high frequency phase shift.”

The rotary volume control has been replaced with a push-button one. It controls a fully balanced attenuator of 43 steps in 2 dB steps. Only 2 ultra-precise film resistors are turned on at any time along the signal path. They are switched by pickering ultra-small capacitance reed relays.

The two Zena inputs can be switched directly to work in a home theater system. The developers of the novelty continued the tradition of the flagship Gryphon Pandora preamplifier, in the image and likeness of which there is no tone control, balance, headphone connections, mono-stereo switches in Zena – nothing superfluous that could become a source of signal pollution.

The novelty has the ability to trigger on-off control. Optionally, Zena, both in the original version and after purchase, can be supplemented with a proprietary phono stage (PS2-S or PS2) or a DAC module based on Gryphon Kalliope with ESS Saber ES9018.

The preamplifier comes in a black metal case with a large glass display panel – here you can, among other things, set the names of the inputs. The body rests on proprietary anti-vibration cylindrical feet at the front and a pair of pointed cones at the back.