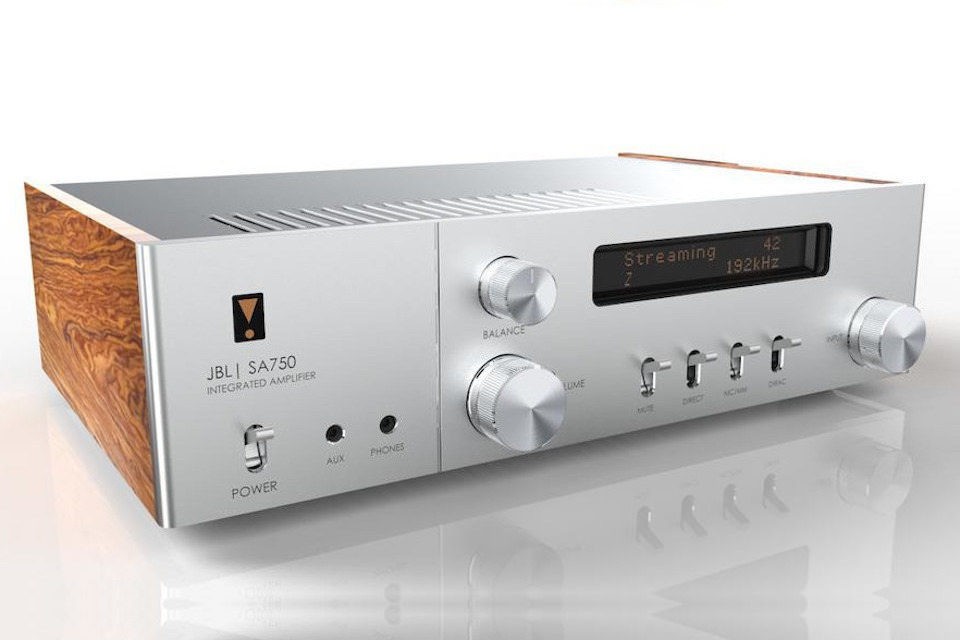 The JBL SA750 integrated amplifier, like the L100 Classic 75 speakers , was released to celebrate the 75th anniversary of the JBL brand. The SA600 and SA660 models produced in the second half of the last century became the reference for the SA750. The manufacturer classified the new SA750 as a full class G amplifier.

The novelty looks like a device from the 70s, but the filling, according to Harman, is distinguished by an abundance of the latest digital technologies. The most important module – the amplifier – is capable of delivering 120 watts per channel at 8 ohms or 220 watts at 4 ohms. The peculiarity of the G-class is that the system automatically activates the backup power supply unit, if conditions so require.

For example, the additional power will turn on if the musical material has sharp dynamic changes. When working with low-level signals, the SA750, according to its creators, repeats all the properties of a classic Class A amplifier: detail, accuracy and minimum distortion.

The SA750 is said to employ virtually all of the most requested technologies. The amplifier can receive a signal without a wire (Google Chromecast, Apple Airplay 2, Bluetooth), there is a built-in DAC, there is support for UPnP (Ethernet and WiFi), Roon Ready, and the model is also capable of MQA decoding. In addition, the amplifier received a Dirac Live sound calibration system.

If we talk about traditional options, then onboard there is an input for an LP-player (MM / MC), there is also a headphone output, a standard AUX, an output from a preamplifier and several main connectors (analog RCA, optics, coaxial inputs). There is also a USB port for portable drives.

On the front panel, there are several toggle switches responsible for basic functions, balance adjustment, source selection knob and display. The front and the top edge of the SA750 are made of aluminum. On the sides, the amplifier is finished with natural wood veneer.