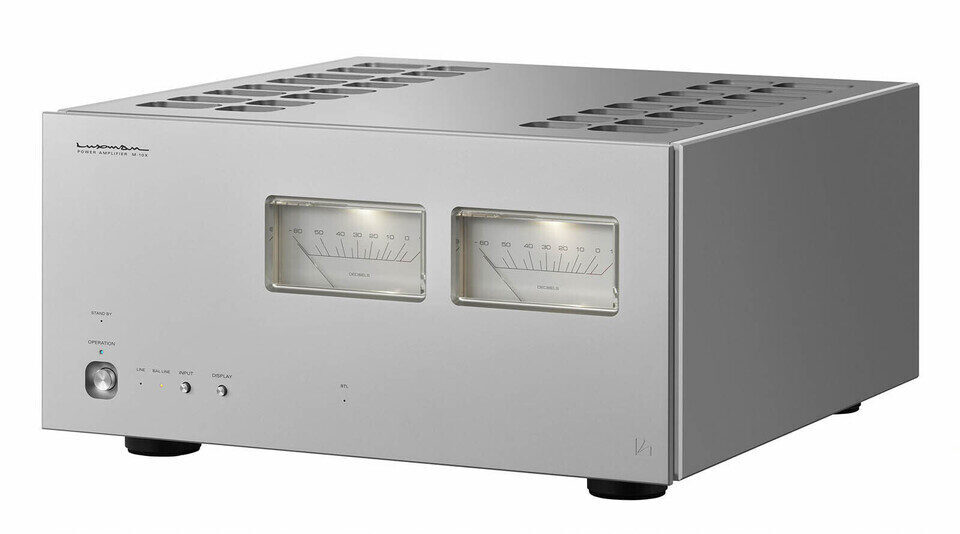 Two-channel power Luxman M-10x will replace the previous flagship model M-900u. The amplifier will be included in the next generation line, which Luxman will introduce for its 100th anniversary in 1925.

An important part of Luxman’s heritage in amplifier design is the ODNF negative feedback circuit, which the company has been developing since the end of the last century. The circuit evolved into the Luxman Integrated Feedback Engine System (LIFES1.0) technology, which was used in the Luxman M-10x.

Field-effect transistors (FET) are in the preliminary stages. Particular attention was paid to power supply – selected zener diodes manufactured by Vishay (USA) work with the new stabilizer microcircuits. The total capacitance of the filtering power supply capacitors reached 80,000 microfarads. The circuit is assembled on boards with thickened gold-plated tracks.

The M-10x with two rows of symmetrically located cooling radiators weighs under 50 kg. It is capable of delivering from nominal 2 x 150 watts into 8 ohms to peak 2 x 1200 watts into 1 ohm. Even single-channel “stadium” 2.4 kW into 2 ohms in BTL mode is possible. At the same time, the first 12 W are worked out in the “pure” class A.

As stated, the high damping factor (710) will allow you to cope with even very complex columns. There are 12V trigger inputs and outputs to work with other components. The device will go on sale in February 2022. The Luxman M-10X Power Amplifier had a suggested retail price of $19,995 in the US.