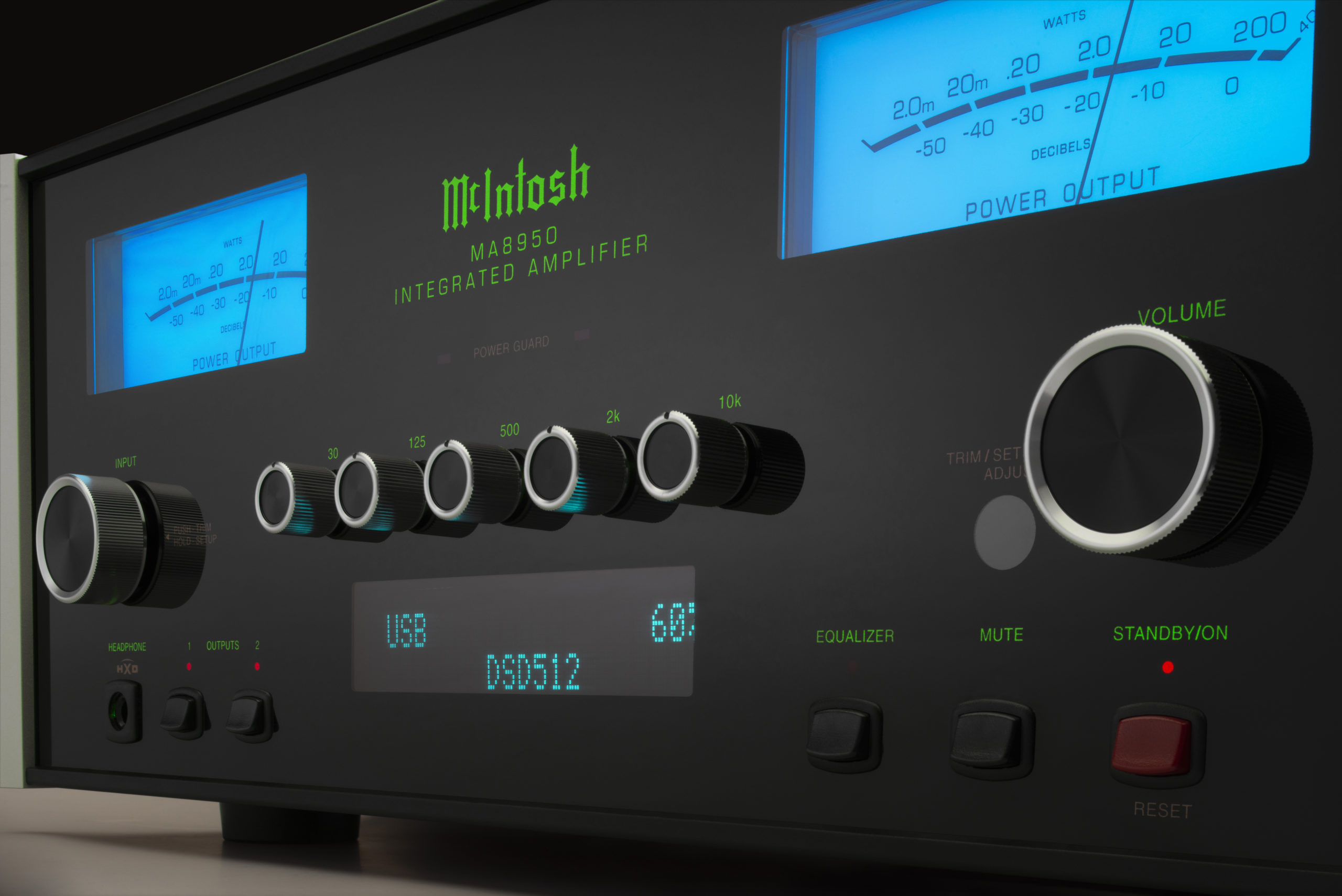 McIntosh, the global leader in prestigious home entertainment and ultimate-quality audio for over 70 years, is proud to announce the MA8950 and MA9500 Integrated Amplifiers.

The new amplifiers benefit from a doubling in filter capacity for a 50 per cent increase in dynamic headroom, upgraded power supply components for lower noise, plus a Roon-Tested McIntosh DA2 Digital Audio Module offering dynamic range and distortion improvements.

Dynamic headroom has been increased in both models giving a greater ability to reproduce musical peaks with even less distortion than before. The increased filter capacity also helps deliver greater bass performance and overall control.

The upgraded, factory-installed McIntosh DA2 Digital Audio Module (the MA9000 and MA8900 featured the DA1) benefits from an audiophile-grade, Quad Balanced, eight-channel, 32-bit DAC and offers two coaxial, two optical, one USB and one proprietary MCT (for SACD data) input, plus the addition of an audio-only HDMI Audio Return Channel (ARC) connection. DSD playback support is increased from DSD256 to DSD512 via USB.

About the MA9500 Integrated Amplifier 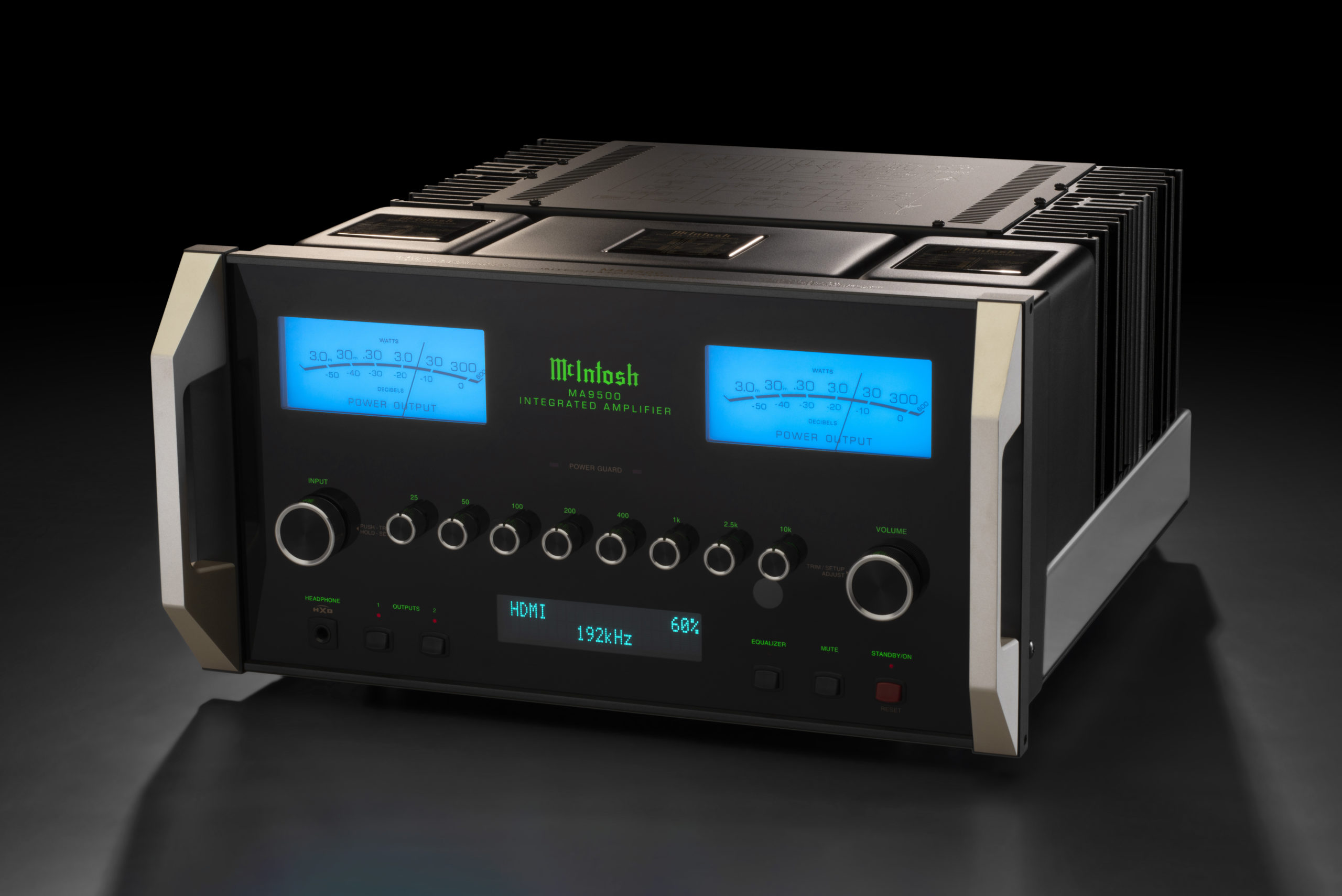 The MA9500 includes a discrete, eight-band tone control that allows for manual analogue adjustment of ± 12 dB (in 2 dB increments) across a wide range of frequencies.

About the MA8950 Integrated Amplifier

The MA8950 offers 200 watts per channel and comes with nice analogue inputs: one balanced, six unbalanced, plus a MC (with adjustable loading) and a MM phono input. It also includes an unbalanced fixed output and an unbalanced variable output, along with a discrete, five-band tone control of ±12dB, again in 2 dB increments. 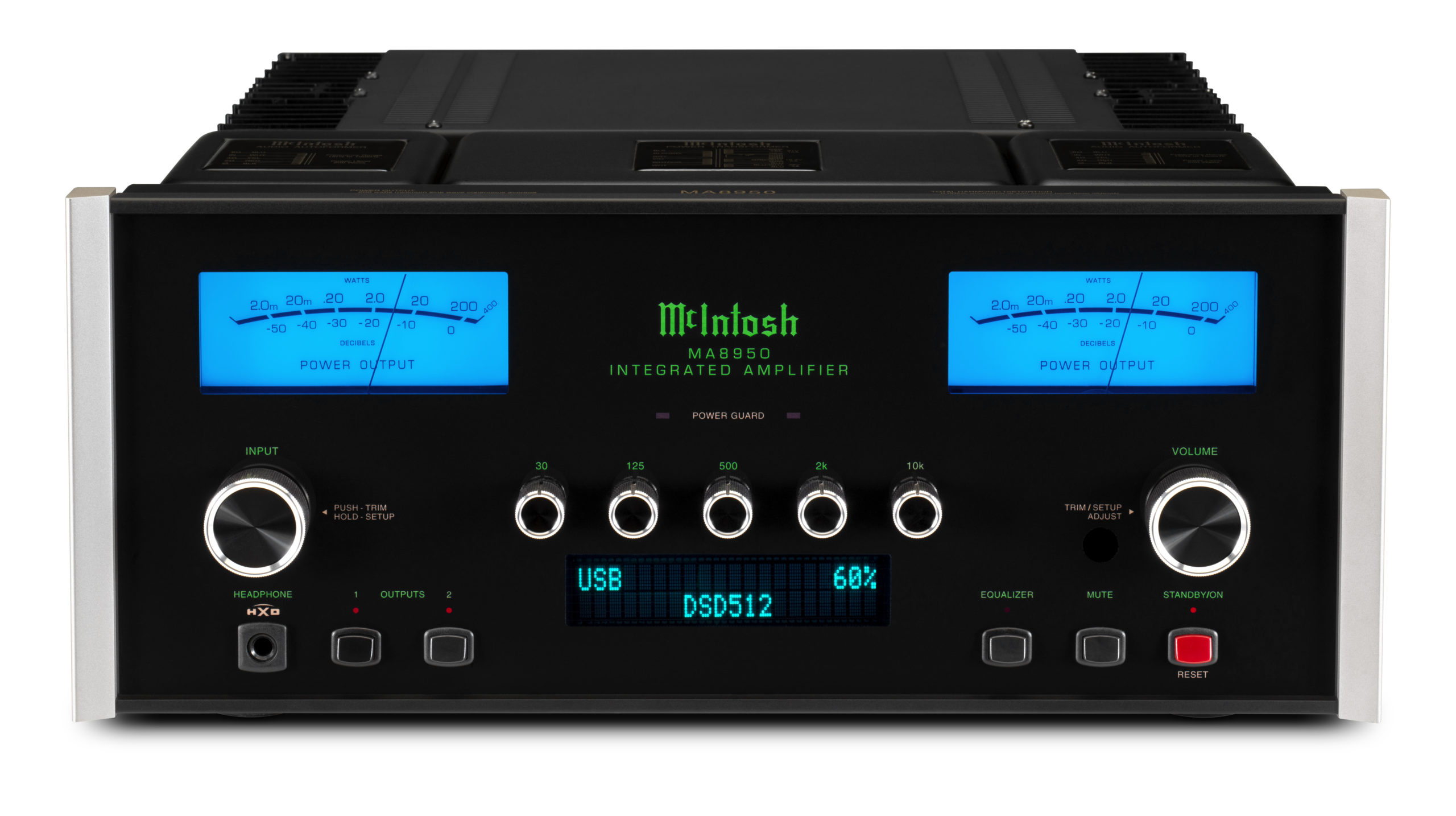 Shared features of the MA9500 and MA8950 Integrated Amplifiers

Orders for the MA8950 and MA9500 can now be placed with authorised McIntosh dealers with shipping expected to begin in February 2022 (United States and Canada), and the rest of the world, shortly thereafter.

Advertisement
X
Subscribe to get the best Tech news and reviews of the week.
By signing up, you agree to our Privacy Notice and European users agree to the data transfer policy.
Close
02/10/2022