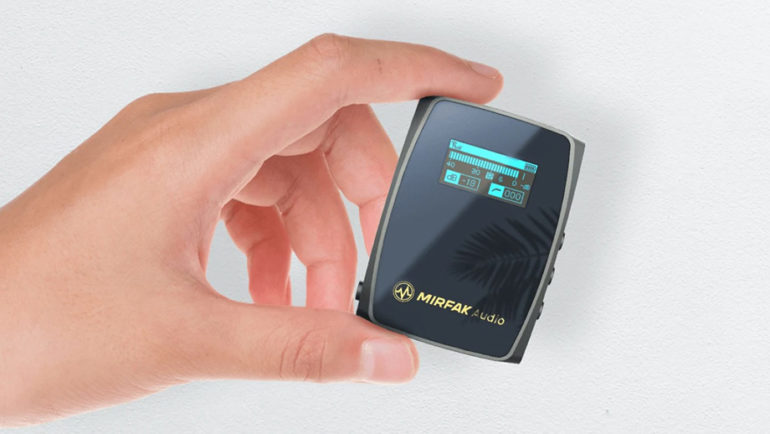 The rise in popularity of vlogging would inevitably lead to a variety of video recording accessories entering the market. And since we are talking about video, then we will also talk about high-quality sound recording, and here we are helped by various radio systems. In 2021, you will hardly surprise anyone with a bundle of wires that get tangled, break, cling to everything and their length is not always enough. In short, the radio system is convenient!

However, not everyone has the opportunity to purchase a set from RODE , moreover, while it arrives in our stores, it will be time to celebrate the New Year again and again. So, another player has appeared on the market called MIRFAK Audio WE10 , the name of this brand should be read together, and not in two syllables.

I wonder what marketers were thinking when they called a brand that way? As we found out, the MIRFAK brand belongs to the Chinese company Gudsen Technology, which is well known to the general public for its MOZA steadics.

Probably, the first thing marketers at Gudsen Technology thought about the characteristics: the MIRFAK Audio WE10 is a compact wireless audio system operating in the 2.4 GHz digital frequency range. Two versions released – the WE10 Pro is equipped with two transmitters and one receiver, while the WE10 offers one transmitter and one receiver. The transmitters are equipped with a built-in omnidirectional microphone, there is a 3.5 mm input for an external microphone, such as lapels, and it is also possible to record the entire stream to a microSD card. We have already seen such functionality somewhere, only in the very radio system from RODE, which cannot come to us in any way. Indeed, why wait? The MIRFAK Audio WE10 kit costs $ 170, and the professional version WE10 Pro is $ 250. Recall that RODE Wireless Go II is promised for $ 300, but what the price will be in our stores is not entirely clear.

On the transmitter, in addition to a slot for microSD memory cards, there is also a start / stop button for recording, which in some cases can be useful or even harmful. As practice shows, such a thing as the management of the red button with the inscription REC should be entrusted to some one person who will have it at hand. The ideal scenario would be in which the operator would activate this entire system from the receiver by pressing a single button. At the same time, again in theory, the recording should begin both on two transmitters and on the receiver itself, in which case we gain logical control over the entire process.

This is probably how everything works, but we can only find out from field tests. It is a pity that the manufacturer with such a big brand name did not tell us either the audio recording bitrate or the switching capabilities, and in fact did not specify anything else. MIRFAK Audio WE10 – examples of use

It’s good that the receiver is equipped with a screen that allows you to control the signal level, in addition, there is a headphone output, everything is grown-up. According to the company, there are 5 levels of signal amplification. The WE10 operates in the 2.4GHz wireless frequency band, and the system automatically changes the transmit frequency to reduce noise and provide a clear signal with a line-of-sight distance of up to 30m.Both transmitter and receiver have built-in rechargeable batteries that must be recharged via USB-C … 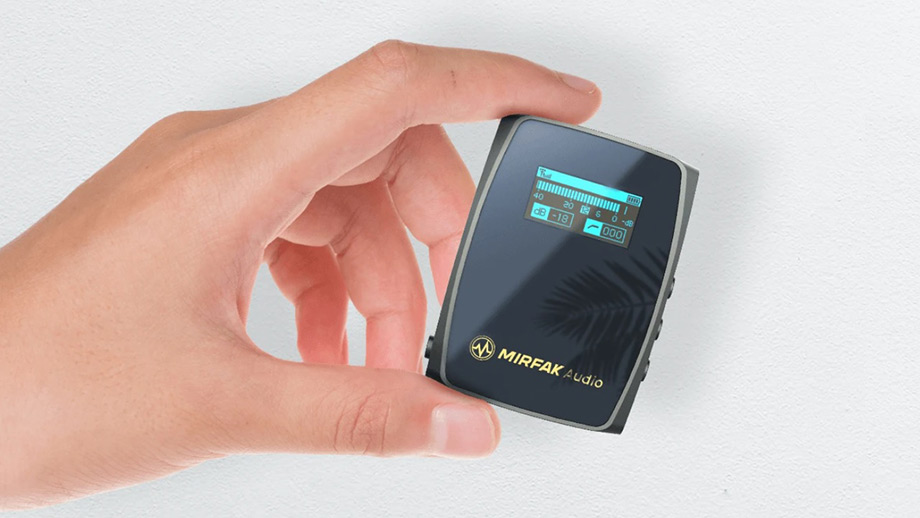 Who has not yet seen how Boris Zakharchuk is at war with the Chinese radio system, be sure to watch this video . Having suffered in this way, however, with a different model from the same brand as Boris, I can confidently confirm his words about the quality of such crafts. It is hoped that the company that makes the excellent MOZA stabilizers will be able to provide the proper quality, and the MIRFAK Audio WE10 radio system will gain the popularity it deserves.

What are the prices?

The Mirfak Audio WE10 radio system can be purchased now for $ 170, the WE10 Pro kit with two transmitters and one receiver for $ 250.

Cocktail N15D Review: Has everything you need

Thorens TD 148A Review: Meets all requirements for a high-end turntable

Windows 10X will receive function of protecting the device from theft

Grandioso M1X: Takes music from a noble silence to a stormy passion