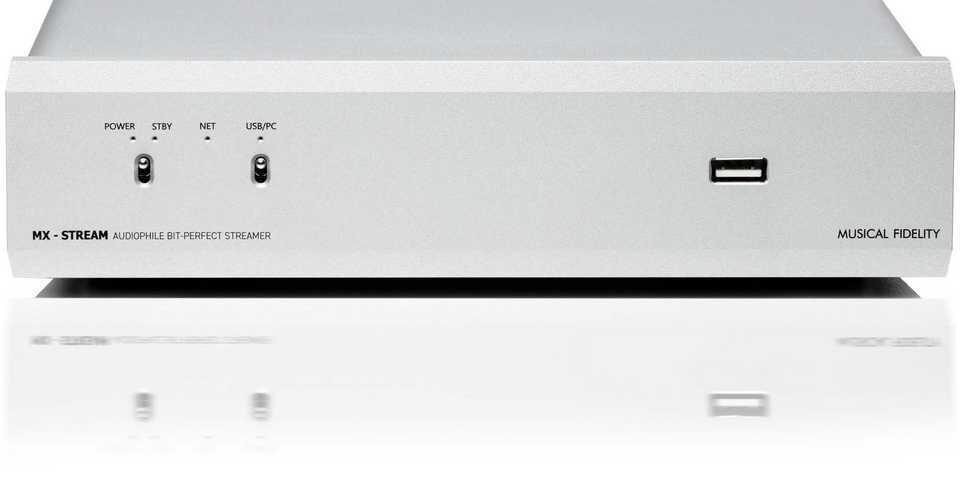 Musical Fidelity has introduced an all-digital audio component, the MX-Stream. This network bridge streamer is optimized for minimal jitter. The signal from it should be received on the USB Class 2.0 port.

According to Musical Fidelity, “The MX-Stream is an all-in-one network device that functions purely as a transport, capable of transmitting any online or network service to an external DAC.”

MX-Stream received separate regulated power supplies for various parts and circuit elements, converting 18 V DC from an external power supply. From the software side, it is able to work under the control of any open source software. Musical Fidelity believes that ultimately MX-Stream is not in danger of becoming obsolete in the foreseeable future: “In 10 years, your MX-Stream will be as relevant as it is today.”

Musical Fidelity suggests using the MX-Stream with the proprietary MX-DAC, although this is not necessary at all – any compatible DAC will do. The device has already passed the full Roon Ready certification. The manufacturer promised “support for all currently available streaming services,” from online radio to 32-bit / 384 kHz and DSD256 resolution sources, if any can be found on the world wide web.

To work in home networks and setups, support for NAS and USB storage devices (including hard drives), UPNP / DLNA, Bluetooth and Shareport (for iOS devices) is useful. Added to this is the function of copying CDs (to a connected external drive) with automatic tagging and indexing.

With factory software, MX-Stream is controlled both through a mobile application and using the WEB interface in any browser. And although there is no indication on the outside of the device other than a few LEDs, there is an HDMI port on the rear panel that supports not only conventional displays, but also models with a touch screen.

In Europe, the Musical Fidelity MX-Stream MSRP is 900 euros.