Peachtree Audio has released a new model of the pre-amplifier preDAC , which, like all the company’s products, is now produced in-house in the USA.

The massive preamplifier chassis is made of aluminum and wood, and visually follows the brand identity set by the Nova 500. The amp is equipped with a variety of analog and digital inputs, which include a USB-B port, two optical Toslink connectors, a coaxial RCA input, a USB-A input for connecting devices on iOS, two inputs on RCA, one of which can be used as an MM input, as well as an input of a pass-through recording channel. 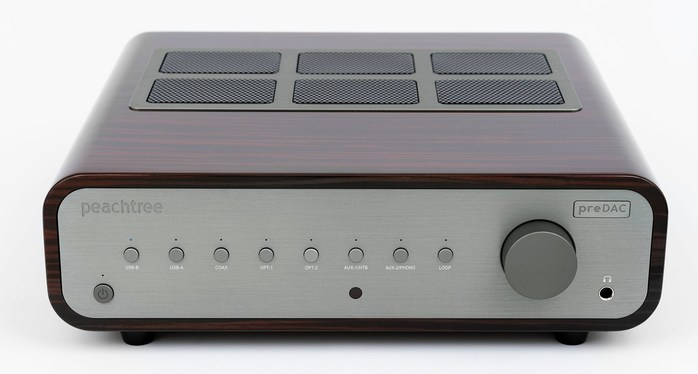 The DAC block of the model is built on ES9028 Pro Saber chips in a quad configuration and can work with PCM 32/768 signals and DSD128 native stream. The preamplifier section is taken from the Nova 500 model, and a new power supply has been specially designed for the novelty.