Rotel updated their preamplifiers RC-1590 and RC-1572 with the aim “to ensure a higher level of acoustic performance” . According to Rotel, the RC-1590 Mk II and RC-1572 Mk II models are distinguished by many nuances that have made it possible to achieve the best sound. When designing new products, technologies were used, created during work on amplifiers of the flagship Michi series . The RC-1590 Mk II and RC-1572 Mk II preamplifiers have received 75 circuit and component changes. For example, replacing capacitors in the audio signal path has a beneficial effect on frequency response. The circuit uses premium DAC chips from Texas Instruments that handle digital streams up to 32-bit / 384 kHz. Both models support MQA and MQA Studio decoding for USB audio and are Roon certified. 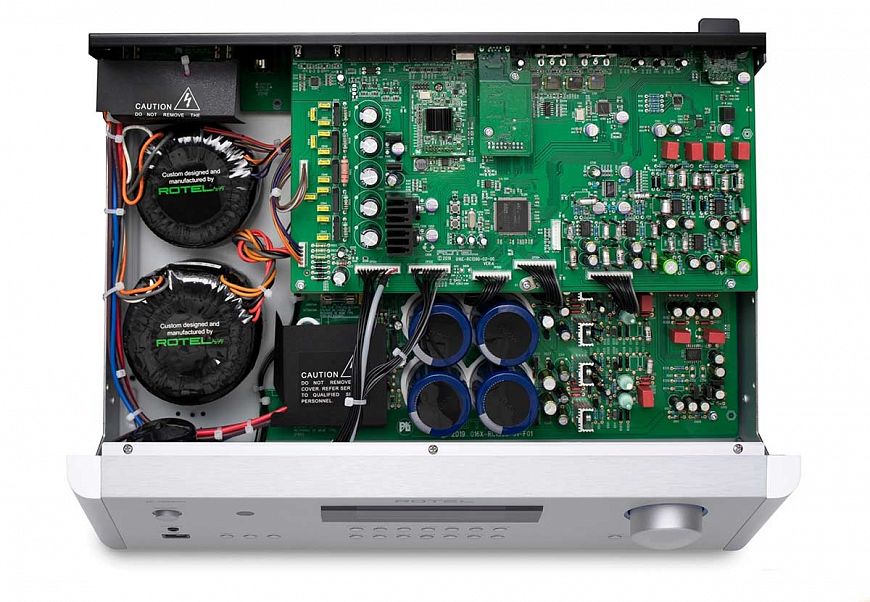 The power supplies for the RC-1590 Mk II and RC-1572 Mk II preamplifiers are based on Rotel’s own toroidal transformers , and the older model is equipped with two power transformers for separate power supply of digital and analog circuits. The new items are equipped with both balanced and unbalanced analog switching, a built-in phono stage for moving magnet ( MM ) heads , digital ports, including a USB-B port , as well as a Bluetooth wireless adapter with support for aptX and AAC for live streaming of content from mobile gadgets.