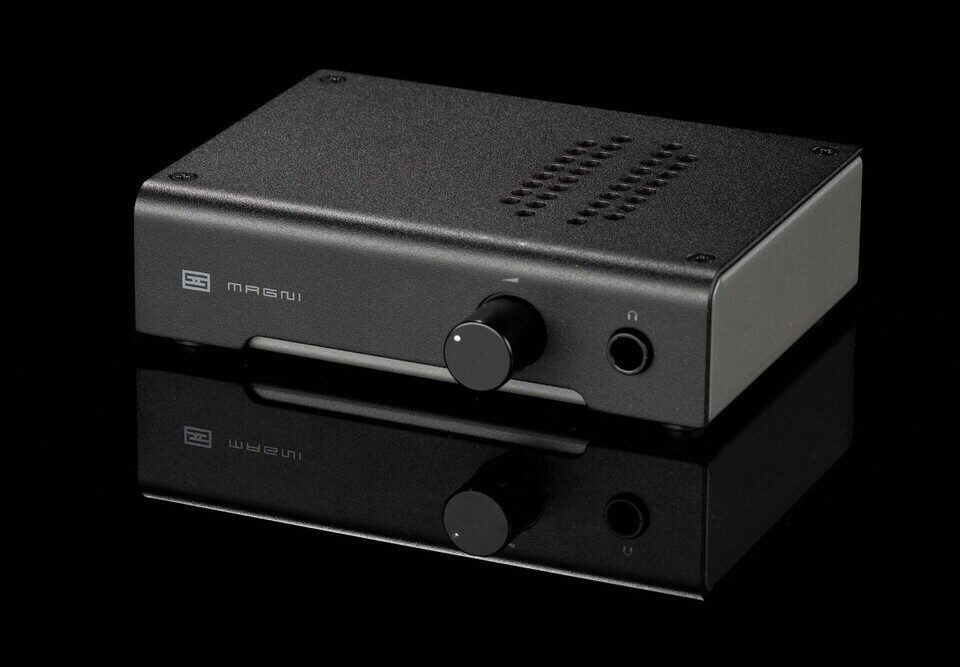 Schiit Audio has expanded its portfolio of headphone amplifiers with the budget Magni. Outwardly, this is an extremely simple device with a single volume control and a 6.3 mm stereo jack on the front panel. Inside is a low-impedance, negative feedback, low-noise amplifier circuit designed specifically for sensitive in-channel models

The Schiit Audio Magni headphone amplifier is assembled on chips manufactured by Texas Instruments – OPA1656. These ultra-low noise opamps are used to amplify the voltage with local feedback and are also used as output buffers.

All this is powered by a 24 VA power adapter. Its 15 V AC is converted into bipolar ± 16 V. The total capacity of the power filters installed in IEMagni is more than 8,000 μF.

In addition to a headphone output, IEMagni also has a switchable line output. Like the input, it is represented by unbalanced RCA connectors. The novelty can be used as a preamplifier.

Delayed start-up and shutdown eliminates transient effects, meaning there will not be any unwanted pops or clicks in your headphones or speakers that could harm your speakers.

IEMagni operates in three modes: high or low gain and negative feedback. In this case, such a parameter as the signal-to-noise ratio reaches, respectively, 110, 119 and more than 122 dB.

Schiit Audio said the IEMagni was “designed and built in Texas,” and was backed by a two-year warranty. The novelty is released in a black-and-gray case made of brushed aluminum sheet in the traditional Schiit Audio design.

In the US, the Schiit Audio IEMagni headphone amplifier will cost $ 120.