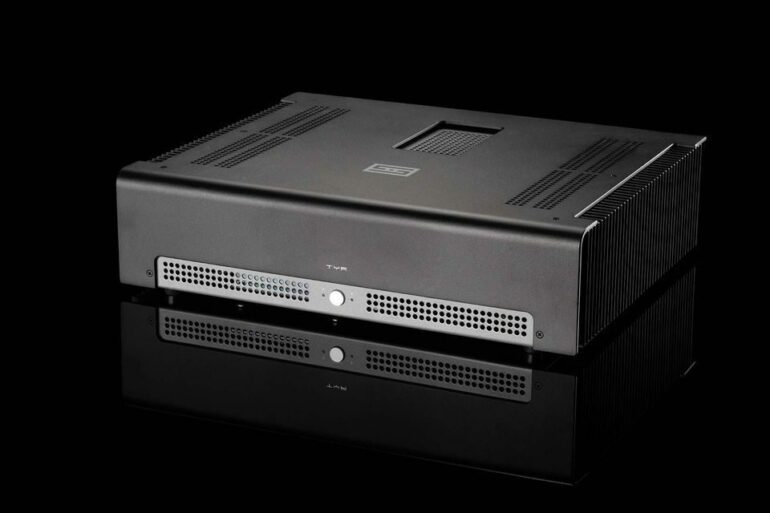 The American company Schiit Audio called the Tyr monoblock their “craziest amplifier ever,” supplementing the description with the epithets “monstrous, old school and insanely heavy.” Well, not so crazy – 25 kg, but they are completely justified: the circuit used a massive transformer, a four-kilogram inductor, plus a 160,000 microfarad filter capacitor bank and 24 Toshiba output transistor assemblies also add mass.

The Schiit Audio Tyr has seven internal power buses, among which there are high-voltage step-up buses. They used discrete CFP regulators. Tyr is created in proprietary Nexus circuitry. It is a balanced differential amplifier equipped with a current feedback discrete output stage in a Continuity topology. For 4 ohm speakers, it is ready to deliver a maximum of 350 watts RMS at a damping factor of 200.

At the same time, the amp works under the control of a microprocessor, the firmware of which Schiit Audio intends to update in the future. The monoblock can receive input signal both on an unbalanced RCA connector and on a balanced XLR. The amplifier is available in black and silver design and is backed by a five-year manufacturer’s warranty.

In the US, the Schiit Audio Tyr mono amplifier was priced at $1,600.