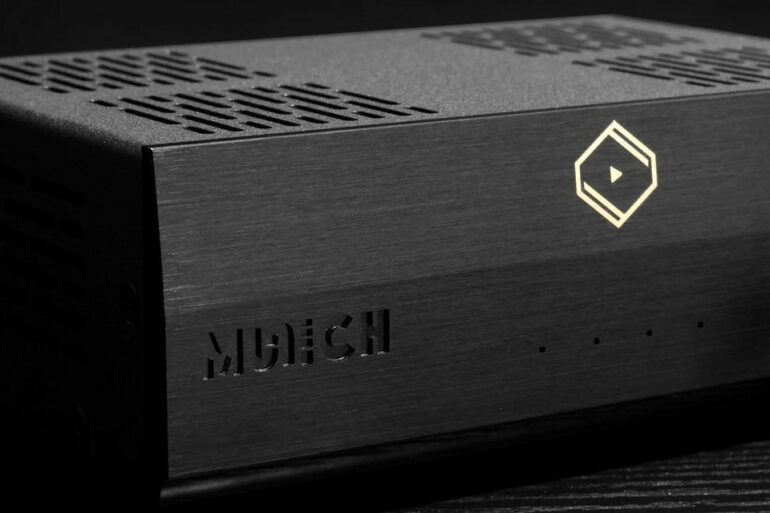 The Silent Angel audio brand, owned by the Chinese company Thunder Data, presented two devices under the common German name Munich (Munich), with M1 and M1T indices : a network media transport and a streamer. In fact, these are multimedia specialized computers, the electronics of which are sharpened to minimize noise, interference and other specific digital problems that interfere with pure audio reproduction.

Both are powered by a quad-core ARM Cortex-A72 processor running at 1.5GHz coupled with a 32GB DRAM (Low Noise DDR4) ROM. All circuitry, according to the developer, is thought out specifically for lossless processing of musical data.

For this purpose, an optimized computer sound processing circuit was created. Its fanless cooling also corresponds to complete noise reduction: a special radiator is installed in the system, which lowered the operating temperature by 20°C. A certain “highly permeable absorber” contributes to the reduction of electromagnetic interference, the details of which the brand does not disclose.

Unlike the Munich M1T media transport, the Munich M1 streamer is also equipped with a built-in DAOM with a headphone amplifier. Thus, M1 is able to directly output a signal, including to active speakers. Otherwise, both new items are twins, and well equipped.

Possible interfaces include AES/EBU, I2S, coaxial digital out, USB Audio out, and a Gigabit Ethernet port. Both devices are promised to work well with NAS and applications for high-speed network streaming.

One of the important features can be considered its own audio operating system VitOS, with which both devices, according to the manufacturer, allow you to easily control playback. Both models support audio resolutions up to PCM 768 kHz and DSD 11.2 MHz (DSD256) depending on the selected output.

They accept AAC, M4A, MP3, OGG, FLAC, WAV, ALAC, DSD (DSF, DFF), WAV64, AIFF, CUE, WMA, APE files and are capable of transmitting signals to a DAC that supports MQA decoding. The descriptions of both devices are accompanied by the Tidal, Qobuz, Roon Ready, Apple Airplay and Hi-Res Audio logos. Management of all device functions is available from the smartphone screen through a proprietary application.