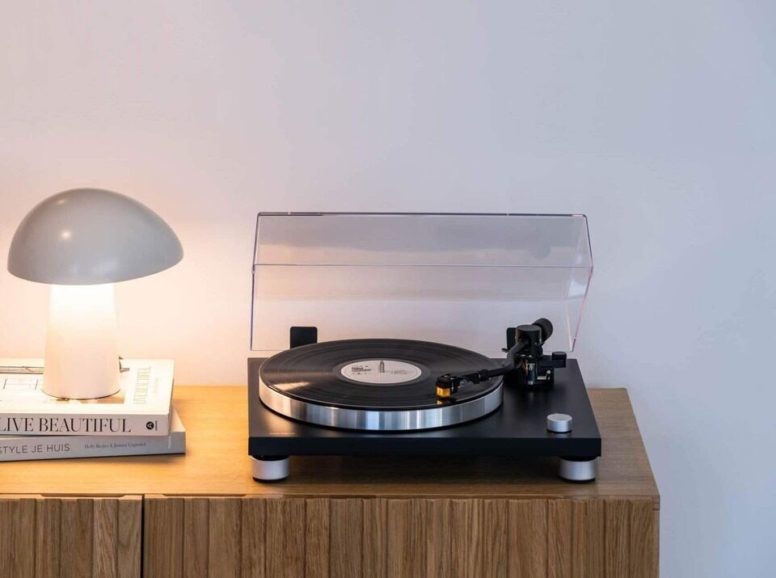 The German company Sonoro Audio has introduced the Platinum SE, an improved version of its Sonoro Platinum turntable. The differences between them can be felt without even opening the box – just by weight.

The SE index required a weight gain of almost 2.5 kg compared to the previous version, although the differences in the design of the two models are almost not noticeable. It still matches Sonoro’s all-in-one systems. It was also recommended to supplement the novelty with the branded Maestro Hi-Fi receiver and Orchestra shelf units.

The Sonoro Platinum SE features a weighted cast aluminum rim. The replacement of the rubber mat with a cork one also contributed to the increased damping. Otherwise it is still an example of the classic belt driven DC motor design with optical speed control.

And yet external differences can be found. The Sonoro Platinum SE tonearm received an additional ball bearing for more precise tracking, and the Ortofon 2M Red MM cartridge from the previous model was replaced with a Nagaoka MP-110 MM cartridge. Everything is assembled and configured at the factory – “turned on and off”.

The built-in phono stage is now complemented by an analog-to-digital converter with a USB port for direct connection to a PC or Mac – discs can be digitized. The Bluetooth module with support for the aptX codec (lossless transmission) will allow you to completely do without wires for compatible headphones or active speakers.

In Europe, the Sonoro Platinum SE turntable will cost 800 euros.