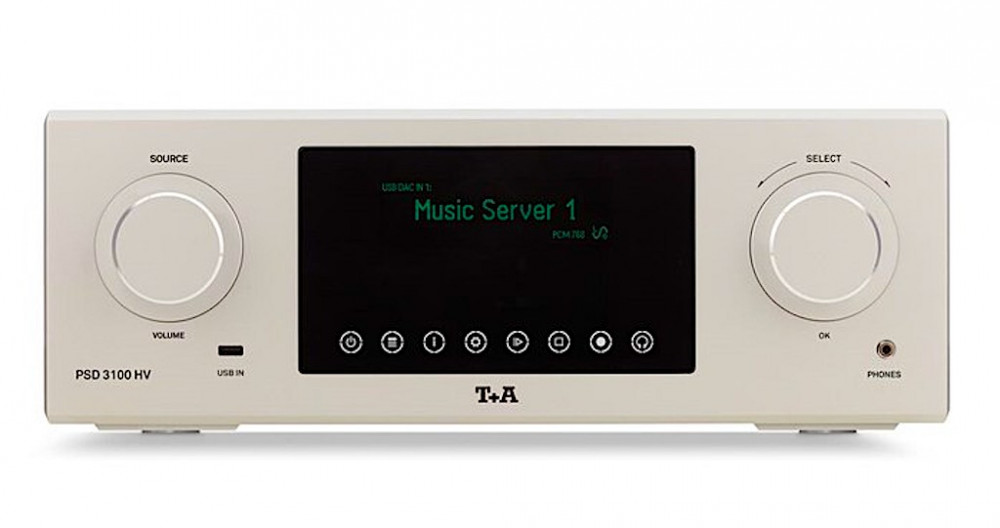 The German company T + A has released the PSD 3100 HV preamplifier , which also combines the functions of a signal source and a DAC.

The model has a built-in optical disc player with SACD support, as well as a DAC unit implemented on Burr Brown chips . It should be noted that the latter is designed exclusively to work with the PCM stream, while the DSD stream is processed by a separate converter of the company’s own design, while no conversion to PCM occurs.

The novelty also has a built-in tuner, and integration into the network occurs both through the RJ45 port and via Wi-Fi. Digital inputs are provided by optical and coaxial terminals, three HDMI ports, one of which supports ARC, as well as AES / EBU, USB-B and USB-A. The model also has a proprietary H-Link interface and an IPA (LVDS) input. On the front panel there is a large monochrome display, the device rests on the original anti-vibration feet. The weight of the device is 26 kilograms .

The T+A PSD 3100 HV streamer and preamplifier will be sold on the European market for 16,500 euros.