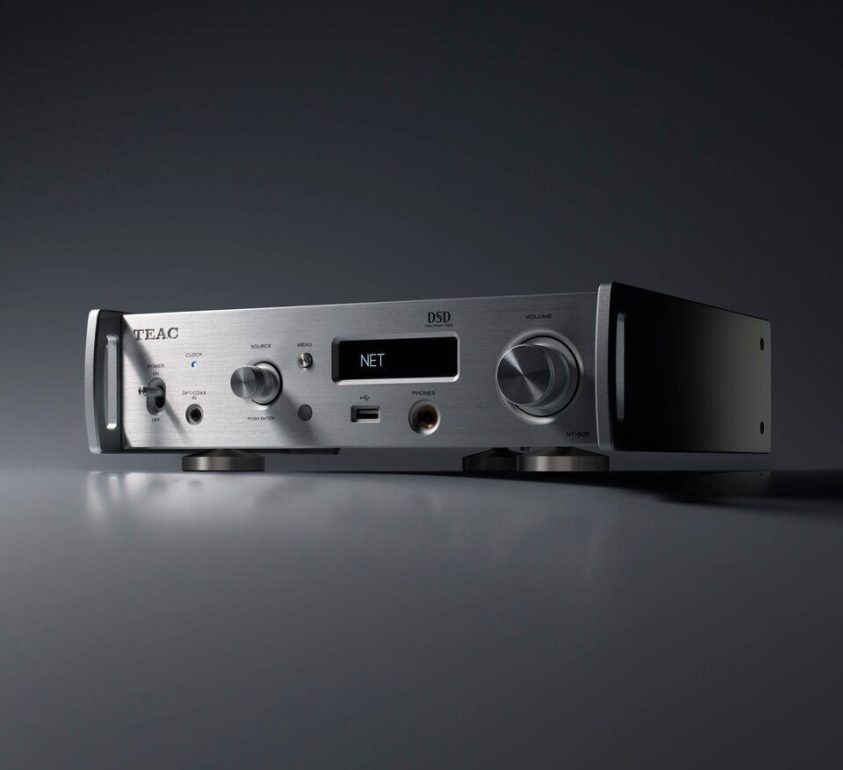 Teac said the NT-505-X USB DAC / Network Player has inherited its proprietary sound design and networking know-how. Outwardly, the novelty is indistinguishable from the NT-505 model, but a lot had to be redone inside: unlike its predecessor, which had two Asahi Kasei Microdevices AK4497 chips in the DAC circuit, the model with the X index is based on a pair of ESS Technology ES9038 Q2M microseries.

It is clear that this step is one of the consequences of the unfortunate fire at the AKM factory, which created serious problems in the industry. Like the original model, the Teac NT-505-X is positioned as a desktop device, because in the plan it fits into A4 sheet size. It is still a dual-mono device.

When connected to a computer, the device behaves like a truncated USB sound card (you will need to install drivers). Moreover, in this version, the DAC / network player Teac NT-505-X is ready to play DSD with a frequency of up to 22.5 MHz and PCM with a resolution of up to 32 bit / 768 kHz (for less wideband signals, an internal intermediate upscaling is provided).

In the analog part of the device, as before, four proprietary HCLD2 buffer amplifiers work at once, which can be reconfigured for alternative modes – from a fully balanced version to parallel connection for an unbalanced output. Internet audio lovers will love Tidal and Qobuz support, Roon Ready status, and a built-in MQA decoder.