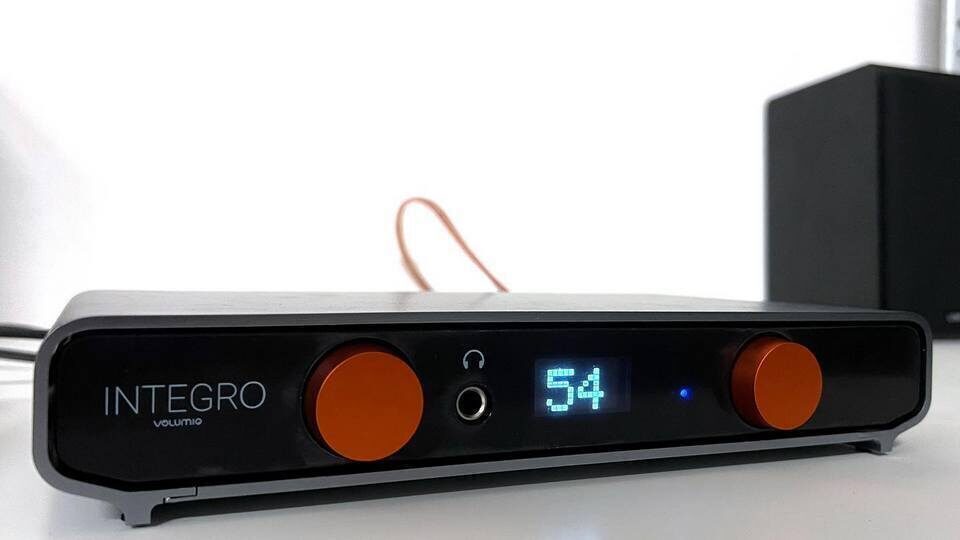 Volumio introduced the Integro streaming integrator. The Volumio Integro provides network streaming, it has its own DAC and two amplifiers: for class AB headphones (jack on the front panel) and for class D speakers with an output power of up to 70 watts per channel into 4 ohms. Extremely simple dot matrix display shows volume level and active input.

All this is housed in a compact case of half the width and minimum height – it will not be difficult to find a place for such a device. On board is a DAC that recognizes PCM resolutions up to 24 bit/192 kHz and DSD1280 (via DoP) via USB. In addition, there is a digital coaxial input, optical and even HDMI, but whether eARC is supported is not yet clear, but it is clear that this way you can connect an external display.

Analog input switching is not declared either (judging by the colors of the connectors in the photo, it is still there). But the power supply in a compact case no longer fits – it is external for Integro.

Streaming and player functions of the device work under the proprietary OS Volumio. The novelty supports AirPlay via Shairport, UPnP, Tidal Connect and Roon Bridge. Built-in Bluetooth with aptX and aptX Low Latency. In addition, the system has the ability to burn a CD on a USB-connected drive. The Integro, according to Volumio, will be made entirely in Florence. It will go on sale in September 2022.

The European price of the DAC-streamer-amplifier Volumio Integro will be 1,200 euros.