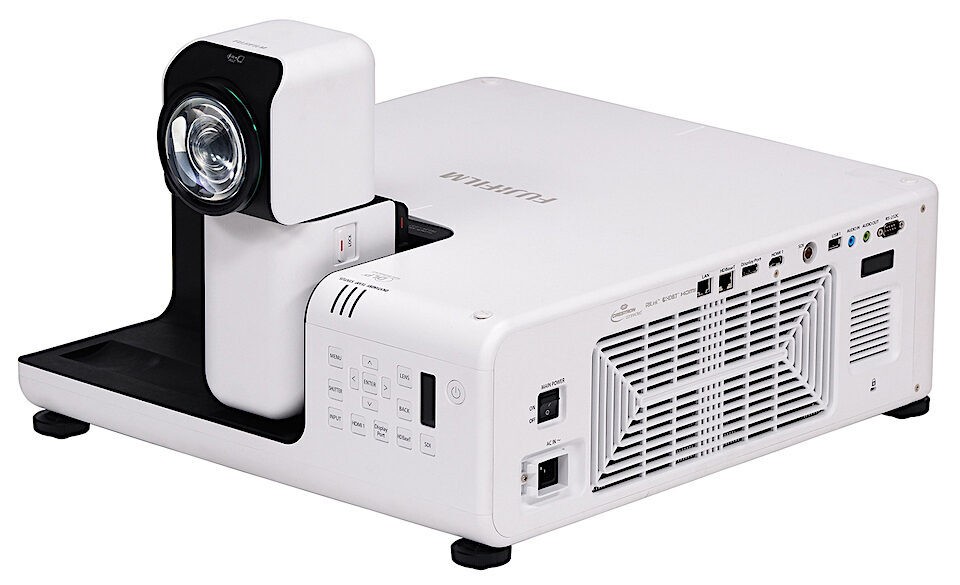 Fujifilm, famous for its optics, produces a variety of lenses, including very unusual ones for specialized applications. With one of them, she decided to enter the projector market, showing in 2018 a prototype with a lens that rotates 360 and tilts 90 degrees.

At that time, many considered this idea at least adventurous, but Fujifilm in 2019 not only began selling such a projector under the name FP-Z5000, but also expanded the line in 2021 by releasing a brighter version called FP-Z8000. Buyers seem to like the idea, despite the availability of many other swivel-based projectors, so Fujifilm recently announced a third projector called the FP-Z6000, which should take an intermediate position in the company’s line of unusual devices.

As the name suggests, it will have a luminous flux of 6,000 lm (the other two have 5,000 and 8,000 lm respectively) and a similar design with a DMD chip and a laser phosphor light source. The unusual lens remains the same – it allows you to tilt the beam up to 90 degrees and rotate it 360 degrees without any restrictions. At the same time, in the off state, it can be “folded” by turning the output lens towards the body to protect it from damage.

Having such an unusual design and capabilities, it boasts very outstanding characteristics. The lens is not only short throw, that is, capable of creating a 100-inch image from a distance of 72 cm, but can also shift it up and down without distortion by 82% of the height and horizontally by 35% of the image width.

Interestingly, despite the similarity in specifications, Fujifilm uses different housing layouts for its projectors. At the same time, the new FP-Z6000 will be closer to the FP-Z8000 in design, and its resolution will be the same – 1920×1200 pixels, while, like the younger model, it corresponds to the Full HD standard, that is, 1920×1080 pixels.