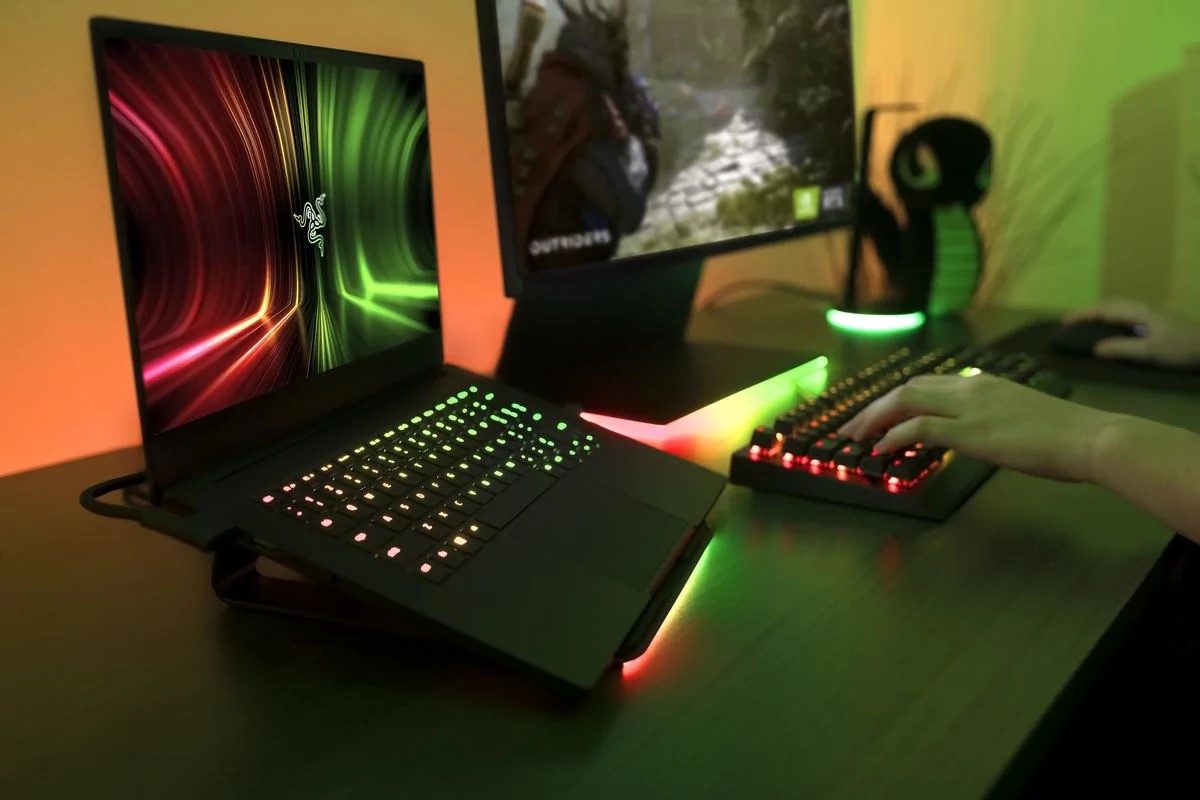 Razer is well known around the world for its computer peripherals, but the brand also has a popular line of Blade gaming laptops that were previously exclusively powered by Intel processors.

But yesterday, June 14, the situation changed dramatically as the company unveiled the new Razer Blade 14 gaming laptop, which is the first gadget in the lineup based on the AMD Ryzen processor. Moreover, the manufacturer stated that it is the smallest 14-inch gaming laptop on the market, which can be a weighty argument for many potential buyers.

However, despite the compactness, the novelty can boast of a fairly productive “hardware”. The laptop is based on the AMD Ryzen 9 5900HX processor, operating on 8 processing cores with 16 threads. The base clock frequency of the mobile processor is 3.3 GHz, but in the increased load mode, it is overclocked to 4.6 GHz, and the proprietary Vapor Chamber Cooling system will cool the chip. In this case, video cards are used from NVIDIA – there are RTX 3060, RTX 3070 and RTX 3080 to choose from. True, it should be understood that these are mobile versions of video cards that are inferior to desktop ones in terms of performance.

The RAM, unfortunately, is only 16 GB (no other configuration options were announced), and the built-in memory is represented by an M.2 drive running on the PCIe 3.0 x4 interface with a volume of up to 1 TB. The potential buyer of this laptop is also provided with a choice of two displays – the basic version with Full HD-resolution, 144 Hz and 100% coverage of the sRGB color palette, or the QHD model with 165 Hz and 100% coverage of the DCI-P3 palette. Surprisingly, with such a high performance and a high-quality display, the laptop provides a full 12 hours of battery life – a decent figure for a gaming laptop. So far, the manufacturer has stated that the Razer Blade 14 with a QHD display will sell for $ 2,799 – no information on other options is available yet.

Advertisement
X
Subscribe to get the best Tech news and reviews of the week.
By signing up, you agree to our Privacy Notice and European users agree to the data transfer policy.
Close
06/15/2021