The ROG Phone 5/5 Pro line of gaming smartphones was introduced just 5 months ago. However, a more powerful chipset appeared on the market during this time, so ASUS decided to update the devices, equipping them with Snapdragon 888+.

Let me remind you that SD888 + differs from the usual SD888 in that the main Cortex-X1 core is capable of operating at a frequency of up to 3.0 GHz (in the regular version the maximum frequency is 2.84 GHz). The AI ​​engine performance has also been increased from 26 TOPS to 32 TOPS. The rest of the chips are identical.

The ROG Phone 5s Pro comes in a configuration with 18GB LPDDR5 RAM and 512GB UFS 3.1 onboard storage. The smartphone also received a color PMOLED display on the rear panel (in the ROG Phone 5 Ultimate it is monochrome). The regular ROG Phone 5s can be purchased in 8/128 GB, 12/256 GB and 16/256 GB variants.

The Pro version of ROG Phone 5s differs not only in the presence of an additional screen, but also two touch-sensors on the back cover, which can be used in games as controls. The regular ROG Phone 5s still has AirTrigger 5 ultrasonic buttons on the side. 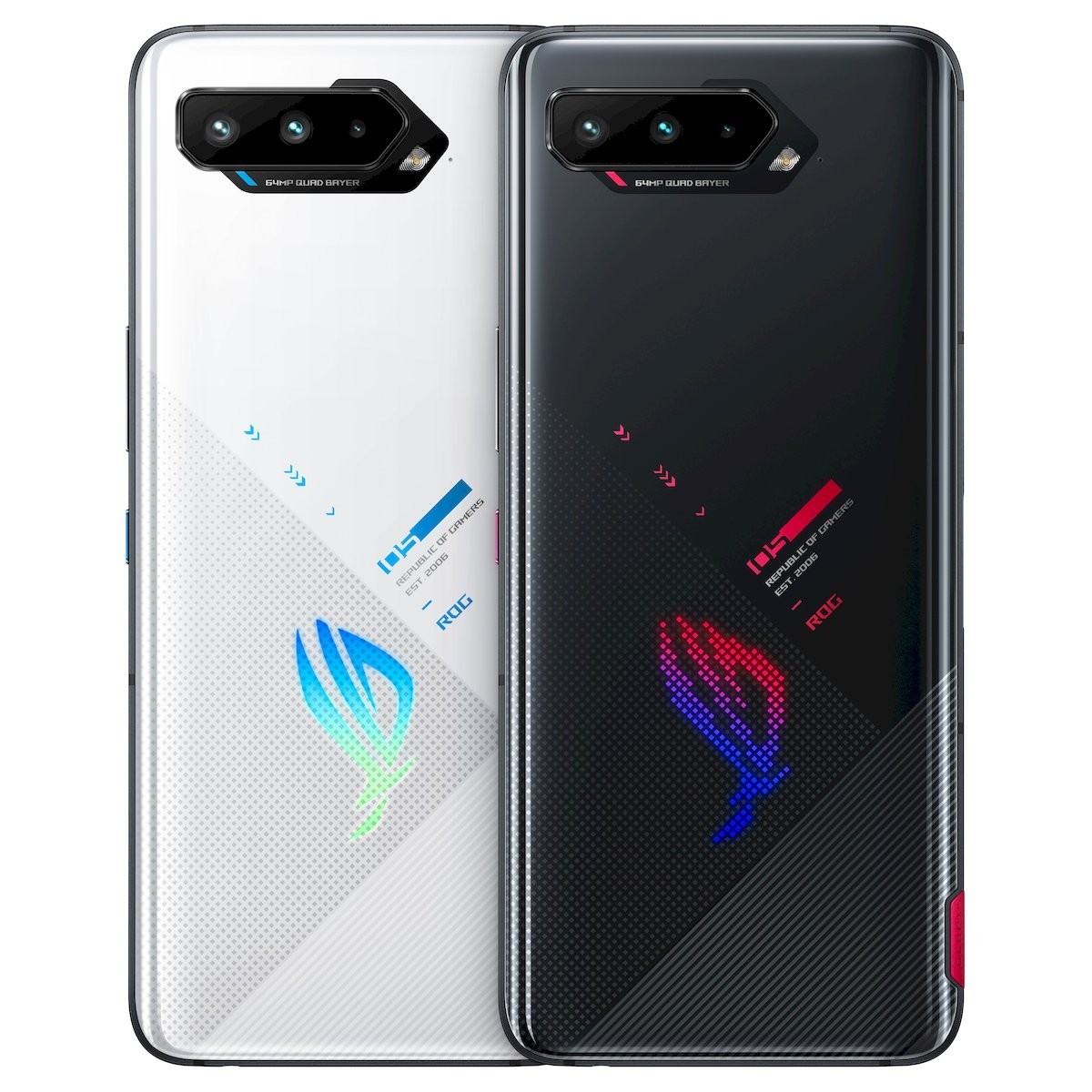 Smartphones are equipped with 6000 mAh batteries, 65 W charging is supported. An external fan is included with the Pro model, but the regular version is content with a power adapter and a case. You can also purchase the Kunai 3 gamepad.