Kyocera VP-210: This was the first camera phone in history 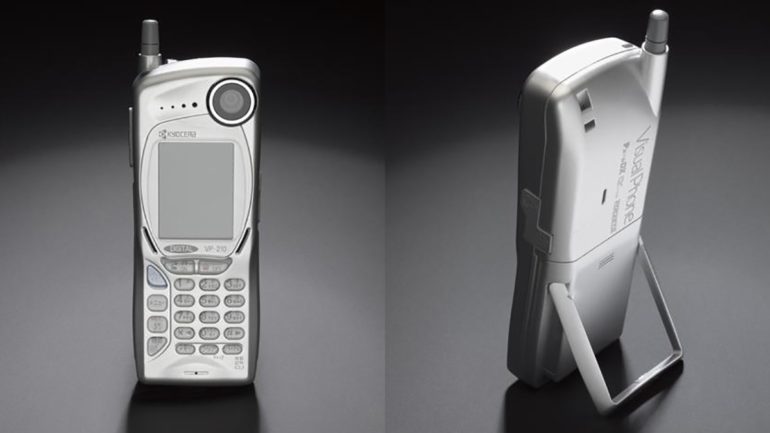 Kyocera VP-210: this was the first camera phone in history

Do you know what was the first camera phone in history? No, it was not a Samsung, nor a Huawei nor an Apple. This model may not sound familiar to you, but it paved the way for what, in a short time, became the biggest trend in smartphones. We are talking about the  Kyocera VP-210 , a device that, although now obsolete, was very innovative.

Technical characteristics of the Kyocera VP-210

It was the year  1999 when the Kyocera VP-210 mobile came onto the market, revolutionizing everything that was known until now. A mobile phone with a camera had never been seen and not only did it mount one, it was two lenses that appeared on its chassis.

This Kyocera VP-210 had a  2-inch TFT LCD screen , with dimensions of 140 x 54 x 29 mm and a weight of 165 grams . Of course, it did not have an operating system. There were still a few years left to receive what we know today as smartphones.

But let’s get to the heart of the matter. How were your cameras? We are facing a  0.11 megapixel CMOS sensor and the internal storage space allowed to take and store up to 20 images in JPEG format. With them, you could send emails or make video calls that allowed you to show 2 frames per second, of course, with extra charges added to the bill that were not cheap at all.

Of course, it is no longer for sale, but it could be bought at the beginning of the millennium for a price of  300 euros at the exchange rate . If you want to get one, you can resort to second-hand apps, such as Wallapop or Milanuncios, and cross your fingers to see if someone puts this model up for sale, which is already a model for collectors.