This is the continuation of the popular Nokia 1.3 model with a new dual camera, finger scanner and large display.

Nokia 1.4, is an entry-level smartphone running Android Go. This is the successor to the budget Nokia 1.3 phone, which received some noticeable improvements in terms of equipment and a slightly updated design.

The phone boasts a large display, and this is the main difference from its predecessor, the screen size of which was almost an inch smaller. It still has a waterdrop notch for the front camera, the same resolution and logo at the bottom. The Nokia 1.4 also uses the Qualcomm Snapdragon 215 mobile platform, but the manufacturer now offers three memory configurations ranging from 1 / 16GB to 3 / 64GB. At the same time, the microSD slot was also left, where you can insert a card up to 128 GB.

The back of the smartphone has changed markedly. For the first time, this series has received a main camera with two sensors. The camera unit itself is made in the form of a circle with a flash in the center. Google Camera Go is used as a photo and video application with impressive features such as portrait mode and night shooting. Another nice addition is the capacitive fingerprint scanner located under the camera. The previous model used software-based face recognition to unlock the device. 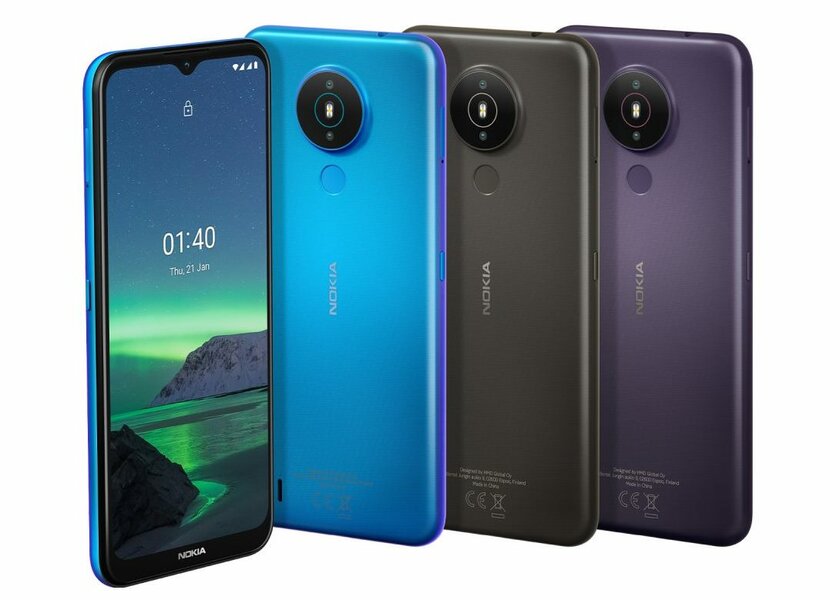 The battery has received +1000 mAh compared to Nokia 1.3, and this is a significant increase in autonomy. Only this time, it cannot be easily replaced, as it was with the previous model. Unfortunately, the manufacturer still equipped the device with an outdated microUSB connector, support for fast charging is not reported (apparently, it is not here). Out of the box, Nokia 1.4 ships with Android 10 Go with guaranteed updates to Android 11 Go.

Nokia 1.4 will go on sale in mid-March for $ 99, it will be sold in three colors: Fjord, Charcoal and Dusk.