The OUKITEL WP12 is a rugged phone with Android 11 that has the 3 Marys of robust phones, that is, with IP68, IP69K and MIL-STD-810G certifications. Likewise, it is one of the most resistant mobiles that we can get at the 150 euro mark or less, so it is totally worth knowing.

In short, it is a very robust smartphone, but with entry-level specifications after all, where we can list a 5.5-inch HD + screen, Helio A22 basic chip, 4,000mAh battery and, to our surprise, NFC.

We honestly wonder how the manufacturer managed to produce such a robust smartphone despite having such a low price. It is not unbreakable, that is obvious, but it could well be, since it can take a good punishment thanks to its resistance. For starters, it’s IP68 certified against water and dust , ensuring you can dive to depths of 1.5 meters for 30 minutes without drowning, so to speak.

Similarly, it has an IP69K certificate, which indicates a high degree of resistance against high temperatures (49 ° C), pressurized water, humidity and low atmospheric pressure.

To put the icing on the cake, it meets the MIL-STD-810G military standard , which means it has passed rigorous testing before hitting the market. Notably, it can take 1.5 meter drops and come out relatively unscathed.

In terms of aesthetics, it is like any other ruggedized mobile that has hit the market in the last two years, mixing a metal frame with plastic and rubber elements to reinforce the corners of the terminal and the back cover that, by the way, exhibits a finish. textured. With that said, the terminal measures 174 x 81 x 14.3 mm and weighs about 237 grams, relatively light when compared to other ruggedized phones.

It should be noted the presence of a customizable button on the left edge, we can use it as a shortcut to the app or function that we want. On the other hand, there is no fingerprint reader.

A 5.5-inch panel with HD + resolution (1,440 x 720 pixels) with Corning Gorilla Glass protection against scratches and bumps is what awaits us in the WP12. In terms of viewing experience, there’s not much to say, it’s a mediocre panel with thick edges (top and bottom), not-too-bright colors, and viewing angles that border on decent. 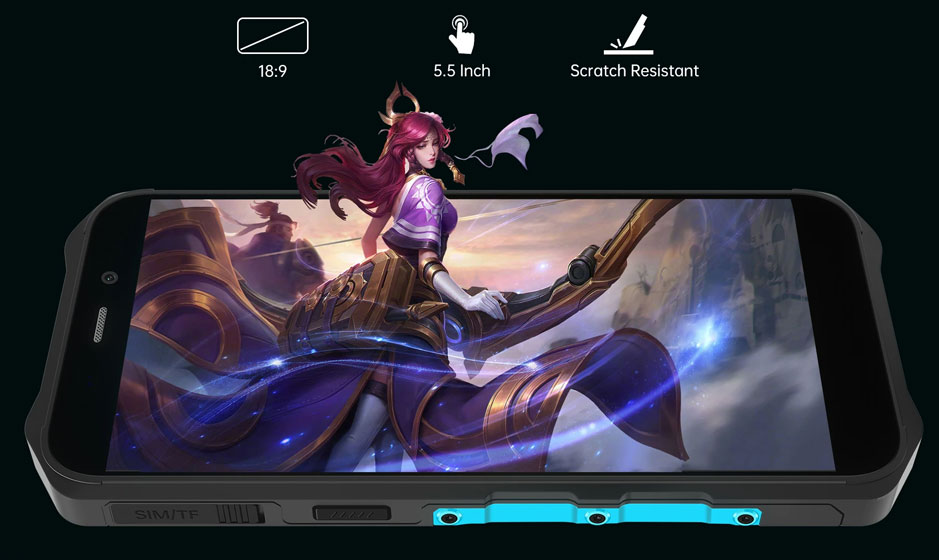 With that said, it does its job and can be worn with gloves on, which we consider a small incentive.

Low-end hardware that doesn’t stand out

As far as hardware is concerned, the OUKITEL WP12 is a mobile with correct performance and little else. A Helio A22 chip is the center of the experience, so we can’t ask the elm for pears. Along with this SoC we find a decent amount of RAM (4GB) and 32GB of internal storage, which can be up to 64GB in the Pro version. Regardless of this last detail, it has a Micro-SD slot for cards up to 256GB.

The performance provided by this set is typical of a low-end smartphone, so it is perfectly capable of handling day-to-day apps and light games, although of course, with the occasional notable slowdown along the way. In a different vein, it has a 4,000mAh battery capable of providing an average autonomy of 24 hours, a figure that falls short of what Oukitel used to offer with its rugged models.

To our surprise, the OUKITEL WP12 ships with a pure and updated installation of Android 11, it also supports NFC to make contactless payments via Google Pay, not to mention its extensive compatibility with navigation services (GPS Glonass + Beidou + Galileo). 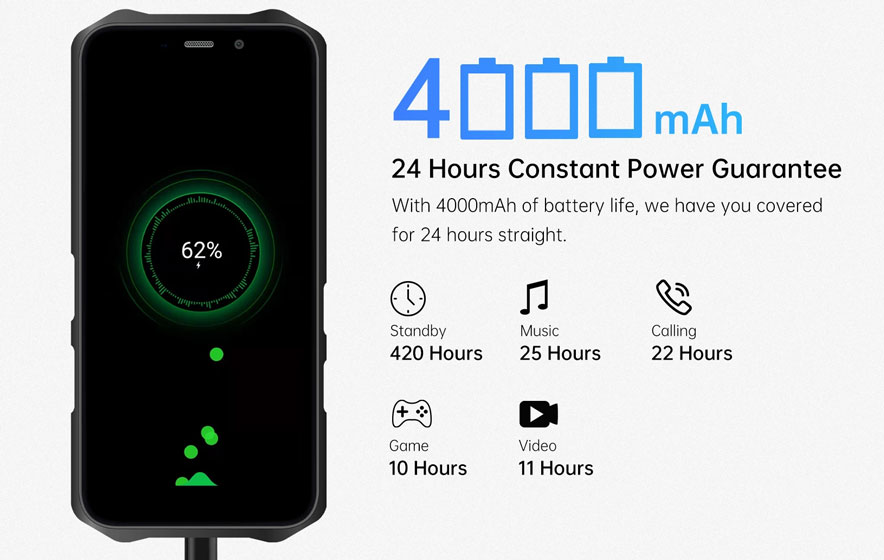 We know that cameras are not the strong suit of rugged mobiles, at least not in terms of net quality, but they sometimes make up for it with additional features. In this sense, the OUKITEL WP12 is another typical case.

A main Sony IMX135 13MP sensor backed by a 2MP sensor is responsible for photography and video filming, tasks that this phone does not do very well, but it was to be expected. With that said, it has a powerful triple LED and works underwater thanks to the customizable key.

Finally, on the front it has a 5MP selfie camera that provides 2D facial recognition to the mix, this being the only quick unlock method.

The Oukitel WP12 is a solid option for those looking for durability at a low cost, but objectively speaking, it is far from the original approach of its series, and to show a button, the  OUKITEL WP6  was a premium mid-range mobile with a 10,000mAh battery, while the WP12 is clearly aimed at the entry or mid-range at best.