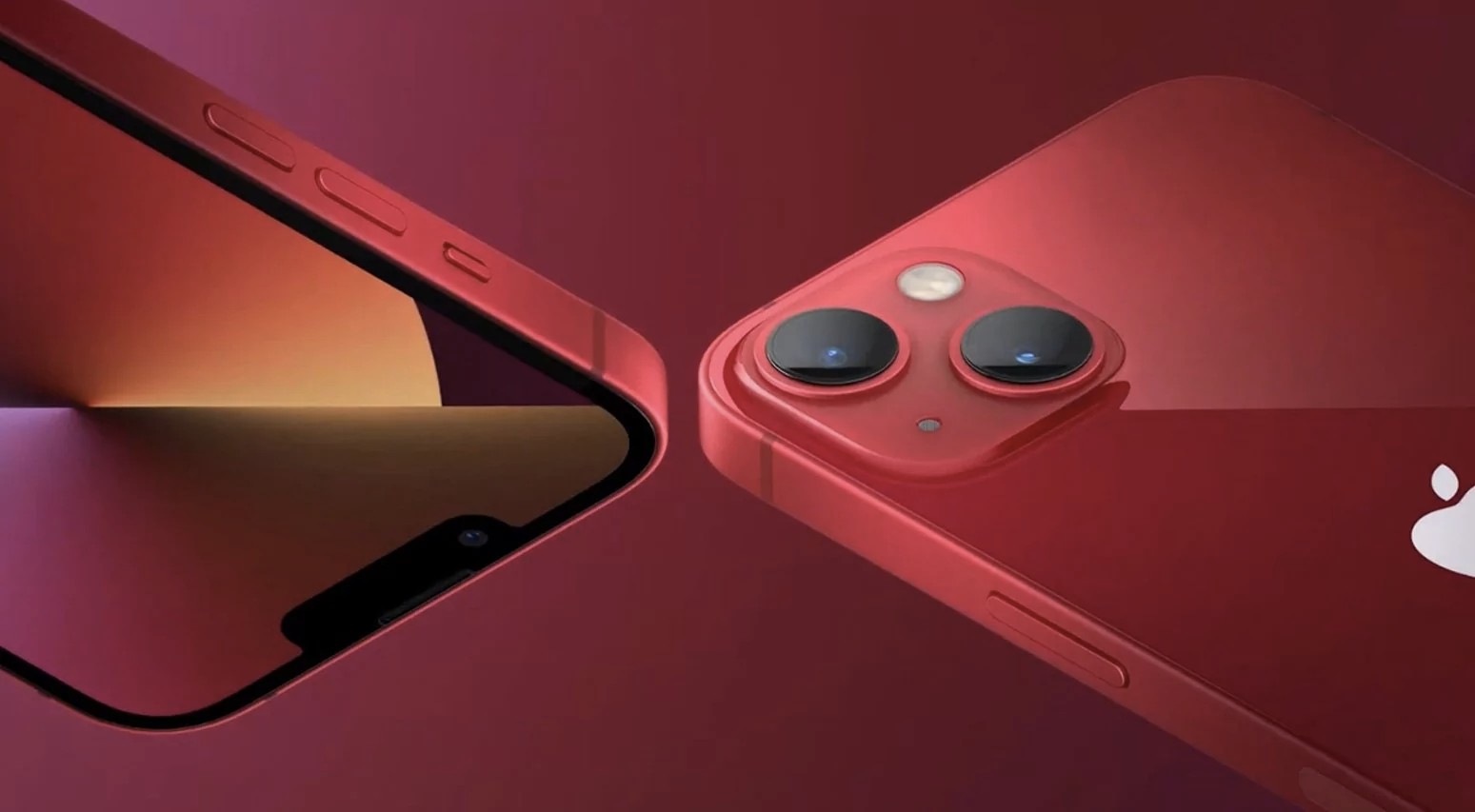 Falling demand for smartphones in the global market is a major concern across the entire supply chain, analysts say

The smartphone industry is going through hard times right now, so it’s time to talk about the stagnation of the market. This is confirmed by the new quarterly report of the research firm Canalys, which indicates a decline in smartphone sales in the world.

According to Canalys analysts, the global smartphone market in the second quarter of 2022 decreased by 9% compared to the same period last year. The main reasons for the drop in smartphone sales, experts say, are the difficult geopolitical situation, the rapid growth of inflation, an oversupply in the market, as well as problems with production and logistics, which together led to a decrease in demand. 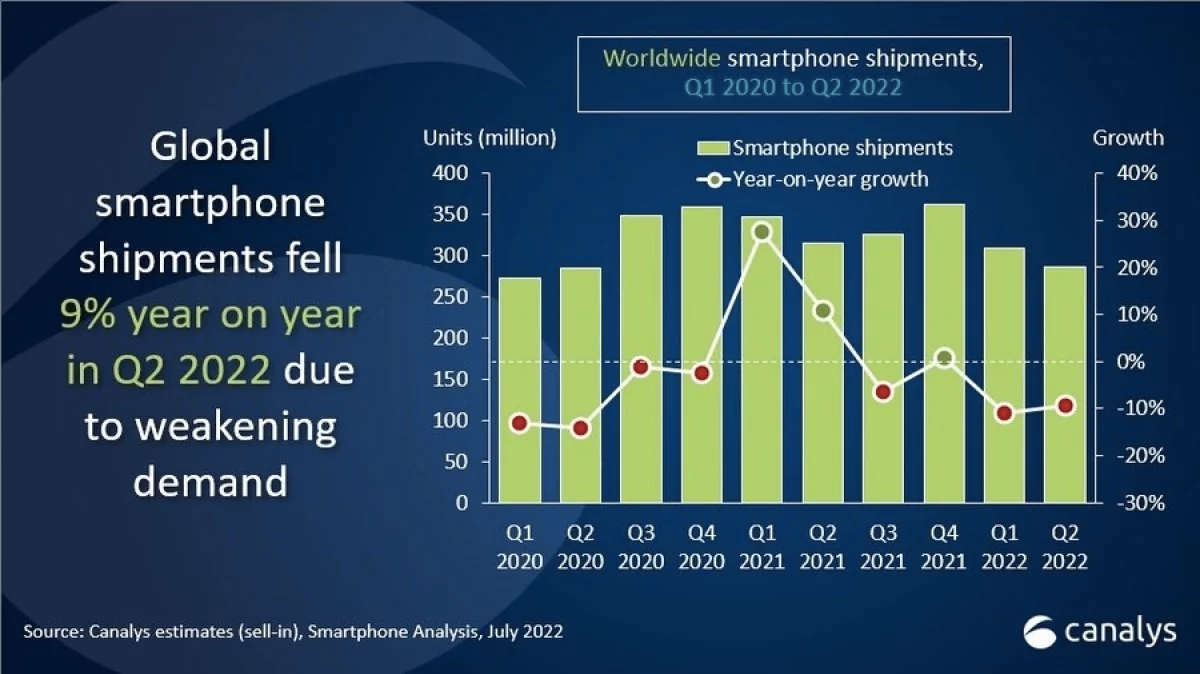 In the most difficult situation in the current situation was the segment of mid-range smartphones. It tends to be always crowded with models, but their sales are sluggish now as buyers are now looking for cheaper devices. 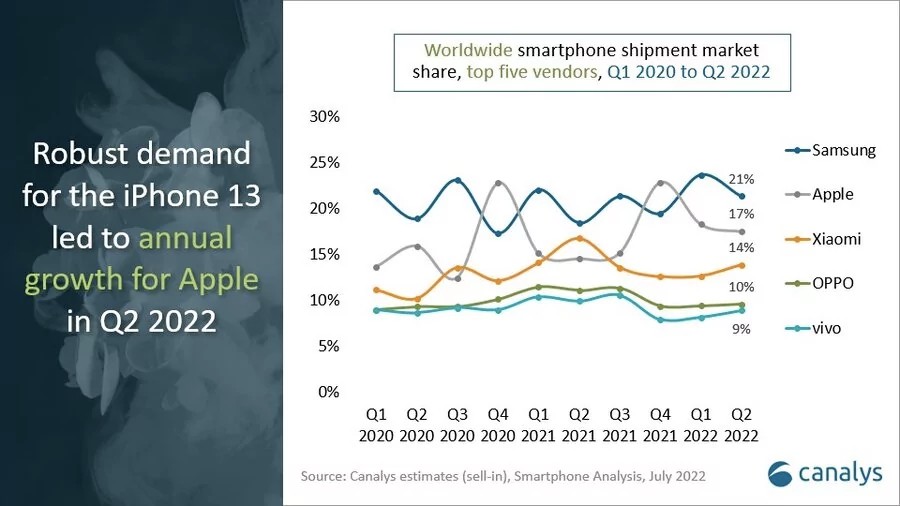 The South Korean company Samsung remains the market leader, which has strengthened its position with budget smartphones from the Galaxy A series. According to the results of the second quarter, Samsung owns 21% of the market. Apple, thanks to strong demand for the flagship iPhone 13 series, managed to take second place with 17% of the market. In third place is Xiaomi with a 14 percent share. Also, two more Chinese brands entered the top five of the world market – these are OPPO and Vivo, which own 10% and 9% of the market, respectively.