The realme brand has introduced the new flagship realme GT. The device will be available in three colors: silver, blue and racing yellow. The first two options received glass, and in a bright yellow color, two shades of artificial leather are used. 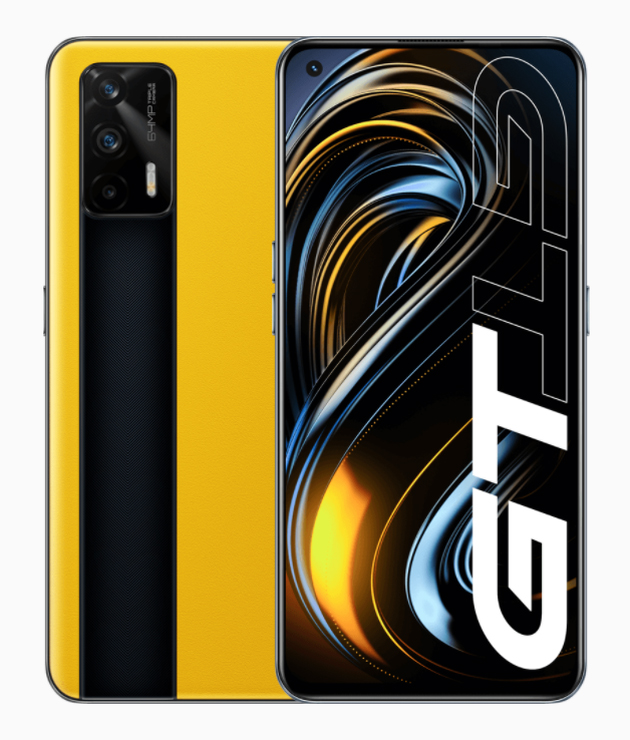 The new flagship received a triple camera with a main sensor Sony IMX682 with a resolution of 64 megapixels, as well as an 8-megapixel ultra-wide-angle camera and a 2-megapixel macro camera. The front camera is hidden in the display, its resolution is 16 megapixels. Inside the smartphone is a “powerful engine” – a Qualcomm Snapdragon 888 processor, built on a 5-nanometer process technology, and the Adreno 660 is responsible for the graphics. The smartphone is equipped with fast LPDDR5 RAM and UFS 3.1 storage. They tried to make the smartphone not only powerful, they also thought about cooling the device. For this, a stainless steel cooling system with liquid and air circulation VC Boost was developed. The device also boasts a 65-watt Supedart Flash Charge. The battery of the device with a capacity of 4500 mAh can be fully charged in just 35 minutes.

The realme GT has a 6.4-inch SuperAMOLED display with support for 120Hz.

Also for gamers, the Hyper Boost 4.0 technology is provided – this is an accelerator that at the system level controls the resources and the degree of heating of the smartphone during the game. This allows you to reduce energy consumption and control the temperature of your smartphone.

Another feature of the smartphone is the linear vibration drive, which provides 10 different types of 4D vibrations. The device also has stereo speakers. realme GT is presented in China, and its sales will begin on March 10th. Unfortunately, nothing is known about the date of the global announcements. Prices are also relevant only for the Middle Kingdom.

RedMagic 6 Pro: A gaming smartphone with 18GB of RAM