REALME’s Narzo series is aimed at young consumers and consists of several ultra-competitive mid-range handsets. Today May 18, 2022 we learned two interesting things; First of all, the launch of the Realme Narzo 50 5G , comes equipped with the latest mobile connectivity standard. In second place, the Realme Narzo 50 Pro 5G makes its debut, although only in India at the moment. Anyway, it’s time to get to know him in a little more detail.

For those unfamiliar with the original model, the Narzo 50 5G is equipped with a 6.6-inch LCD screen with FHD+ resolution , 90hz refresh rate and 180Hz touch sampling. 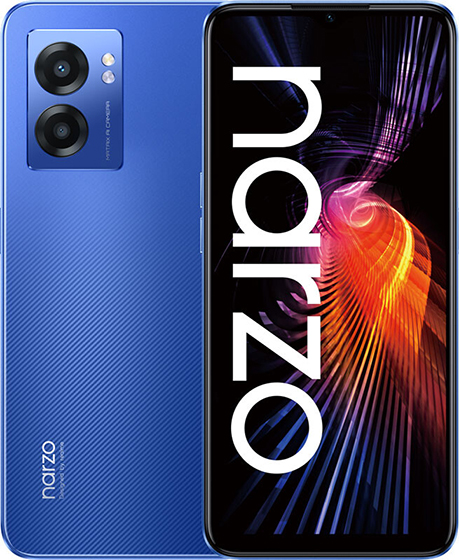 Let’s not forget that it is an embedded terminal with Realme’s software optimizations, so it has the ability to use 5GB of storage as virtual RAM. And speaking of software, Android 12 arrives in the company of Realme UI 3.0 for both devices.

In another order of ideas, this terminal is powered by a 5,000mAh battery with a 33W fast charge .

The main camera is made up of a 48MP sensor backed by a 2MP monochrome sensor . Meanwhile, the front camera is 8MP f/2.0.

Moving on to the newly introduced Realme Narzo 50 Pro 5G, we have a device that ups the ante from the start. It offers a 6.4-inch AMOLED screen with the same FHD + resolution and 90hz refresh rate, but the touch sampling is raised to 360Hz and there is a built-in fingerprint reader.

The hardware receives a Power Up, this time it is equipped with the MediaTek Dimensity 920 chip , which can be accompanied by 6GB or 8GB of RAM, but always with 128GB of internal storage. Naturally, it has 5G network connectivity. 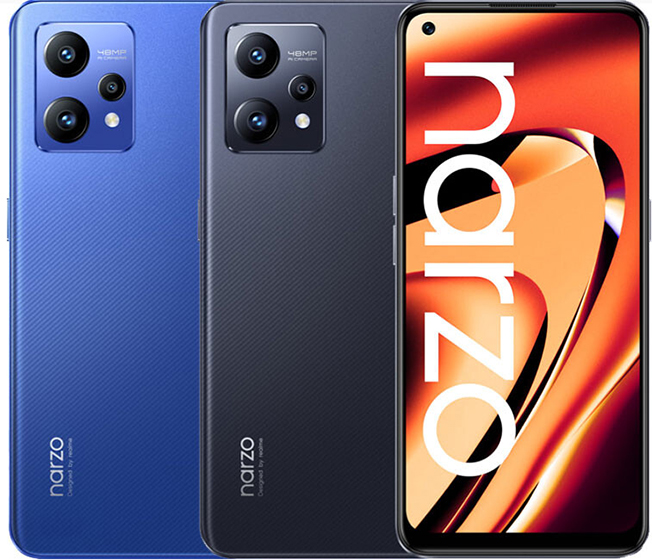 For its part, the battery does not change with respect to the base model.

The photographic aspect also receives improvements, which come in the form of an 8MP wide angle and higher resolution for the selfie camera. This leaves us with a 48MP + 8MP + 2MP triple camera and a 16MP front sensor.