Xiaomi Mi MIX: Foldable screen and a lens with a variable focal length 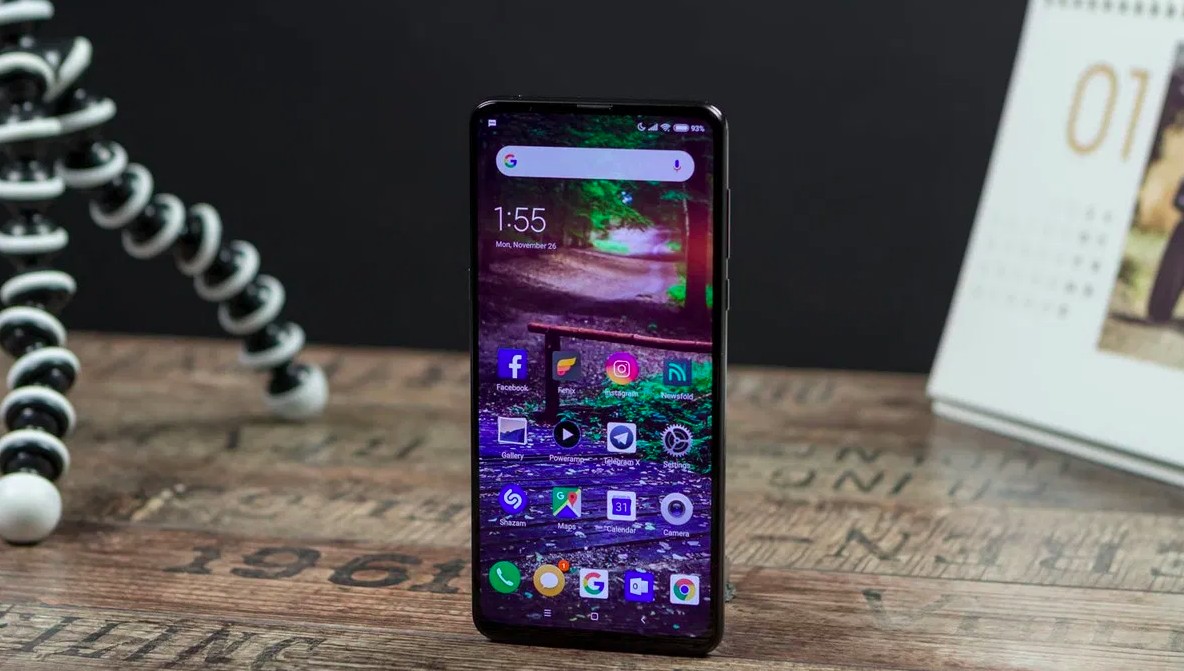 In the next teaser, the CEO of Xiaomi Lei Jun confirmed that the innovative Mi MIX series, in which the company traditionally experiments with unusual form factors and solutions, will return at the upcoming major presentation on March 29 – Xiaomi Mi MIX 4 (presumptive name) will accompany the flagships of Xiaomi Mi 11 Pro, Ultra and Lite, as well as other new items.

Xiaomi is in no hurry to reveal all the details. On the other hand, recent leaks leave little to no doubt that this is the very first foldable Xiaomi smartphone with an inward-folding screen, previously referred to as the Xiaomi Mi Mix 4 Pro Max . 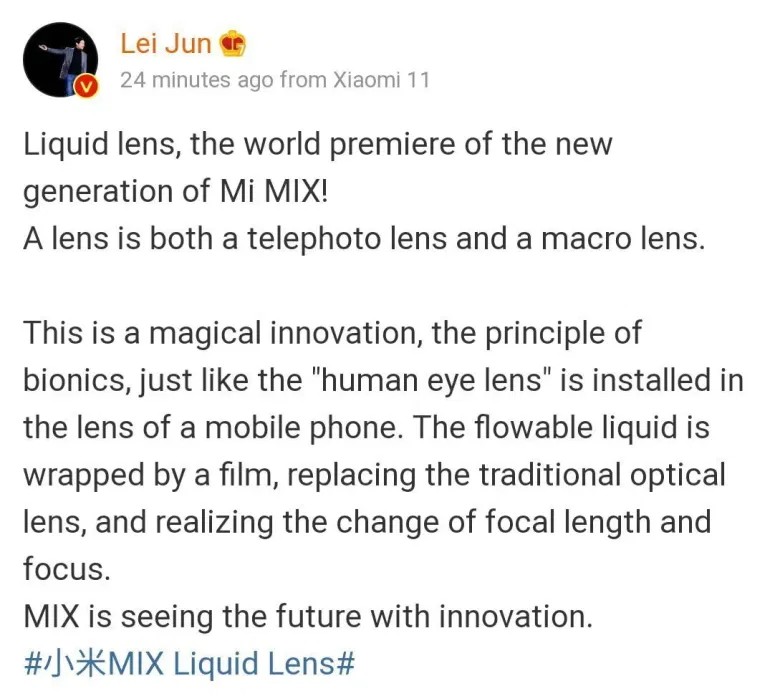 In a separate post on Weibo, the head of Xiaomi named another key feature of the successor to the Xiaomi Mi MIX series – the camera configuration will include a hybrid zoom lens. The head of Xiaomi called it a “liquid lens”, which is both a macro and a telephoto lens. He also said that the technology is “bionic”. This lens works on the same principle as the human eye. Between two film membranes, which are an alternative to the usual rigid lenses, there is a special fluid. This design of the optical system allows you to adjust the curvature and provides the desired optical effect.

The first  Mi MIX model came out in 2016 and, in fact, marked the beginning of the trend for thin frames around the screen. A year later, Xiaomi released the second generation  Xiaomi Mi Mix 2  in a similar design, but with a narrower bezel under the display, followed by an improved version of the  Xiaomi Mi Mix 2s with a dual main camera with Dual Pixel technology. In 2018, the Mi MIX 3 model came out, made in an unusual slider form factor, and since then the series has not been updated.

Introduced at the end of 2019, the innovative Mi MIX Alpha smartphone  with a screen wrapped around the body  for almost $ 3,000, Xiaomi eventually refused to mass-produce.

In the summer of 2020, the head of Xiaomi confirmed that the development of new Mi MIX smartphones has been suspended and the series will return when the time is right. Apparently the moment has come.

OnePlus 9R: A sub-flagship variant of the more expensive OnePlus 9

Advertisement
X
Subscribe to get the best Tech news and reviews of the week.
By signing up, you agree to our Privacy Notice and European users agree to the data transfer policy.
Close
03/25/2021