After shaking off the competition, GoPro is almost alone in making so-called action cameras. Cameras for people who need a small camera attached to a helmet or chest while doing exciting stunts to be filmed. Or for other reasons want to film their experiences from their own perspective. Some people also need a camera that can be hidden in nooks and crannies, where you can not get with a larger video or still camera. An action camera can do things no other camera can, including the mobile camera.

Hero9 Black – more of everything

GoPro’s best action camera has arrived in its 9th generation and is now called Hero9 Black. It has got a brand new image sensor with 5K video resolution and which can take still images at 20 megapixels. Digital video stabilization is now called HyperSmooth 3.0, which should be even better than on its predecessor Hero8 Black – which by the way impressed us greatly. The new thing about HyperSmooth 3.0 is built-in horizon correction, so that the horizon stays stable, even if you tilt the camera obliquely.

In addition to the larger screen on the back, the camera has finally got a selfie screen on the front. Thus, you do not need to use the mobile app to see the section when you film yourself.

Battery life has increased by 30 percent (finally!), And there is now also a Max Lens Mod, a lens accessory, which provides further improvement of video stabilization. Then you can rotate the camera a full 360 degrees around, while the horizon is still locked as if the camera has been stationary all the time.

The camera is packed in a robust travel case that also houses various attachments and accessories. The packaging itself is now without plastic, for the sake of the environment. 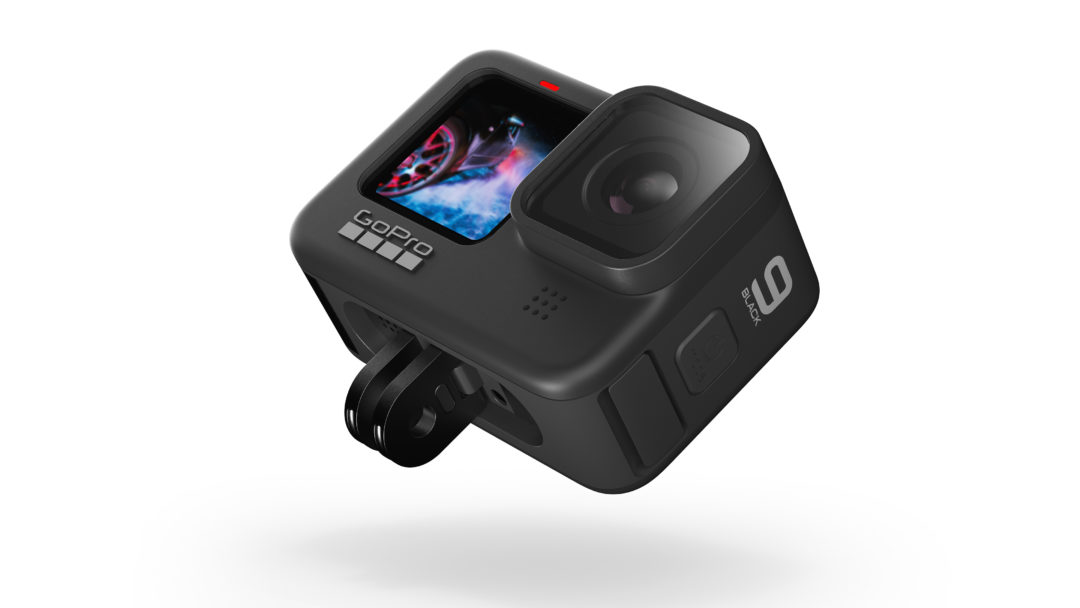