Sony a7C is the world's smallest camera of its kind 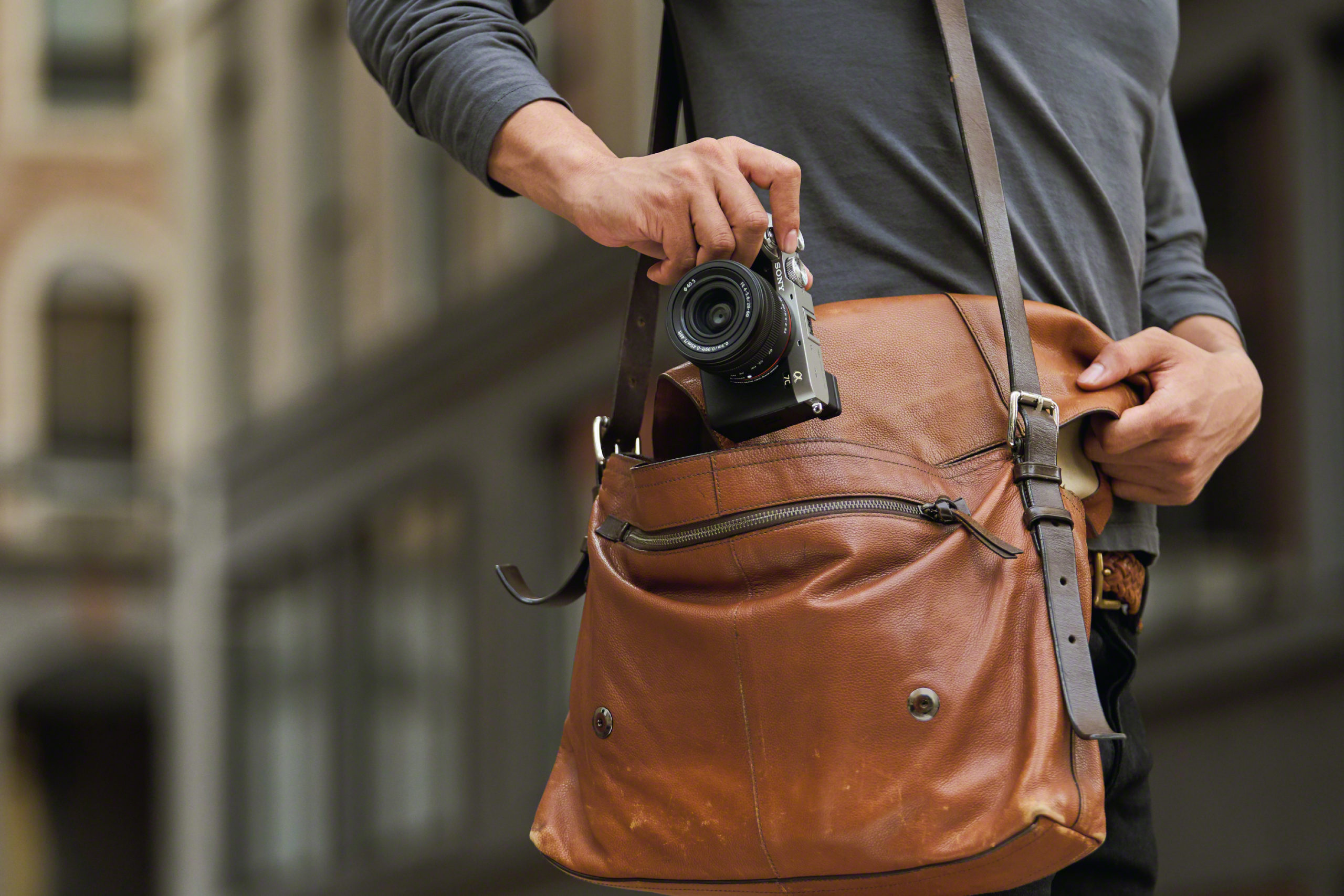 Sony’s full format cameras are already very compact, but none are as neat and light as the new Sony a7C. A full-featured full-frame system camera, without the viewfinder on top, a little slimmer, a little lighter and even more travel-friendly.

But Sony has not slimmed down the technical features. The camera is based on the well-known a7 III, and has a 24 megapixel full-frame image sensor with five-axis and five-stage image stabilizer, oversampled 4K video, 740 images battery life, and up to 10 frames / s shooting rate.

There is also a camera aimed at video, as much as still images, and has a swivel touch screen that can be set in selfie mode, as shown in the image.

The camera can be purchased as a camera body alone, or as seen with the new FE 28-60mm f4-5.6 zoom as shown in the image below:

It is of the type you pull together by turning the zoom ring all the way to the left, then it is only 45mm long, and since the weight is under 170 grams, it is a handy partner for a7C.

Inside, the camera has the same Bionz X processor as the a7 III, which the camera is very similar to, and it has Sony’s newer – Real Time Tracking – lightning-fast autofocus, with Sony’s excellent eye, face, head and animal recognition, which is extremely good on staying focused even when the subject is moving.

It is equipped with a 0.39-inch OLED viewfinder, with 2.36 Mp resolution, placed in the very corner as on the Sony a6600, and there is both a microphone and headphone jack here.

The camera can also be charged via the USB connector.

The Sony a7C does not have a joystick and only one SD card slot, but otherwise the layout of the camera is predictable and clear. Especially for those who are used to Sony’s canaries from before.

The Sony camera measures 124 x 71 x 59.7 mm and weighs 509 grams, making the a7C the smallest and lightest full-frame system camera to date. It should mean something to the many who want a small camera, with the features of a full-frame camera, and who use both the camera for still images and video.

Advertisement
X
Subscribe to get the best Tech news and reviews of the week.
By signing up, you agree to our Privacy Notice and European users agree to the data transfer policy.
Close
09/15/2020