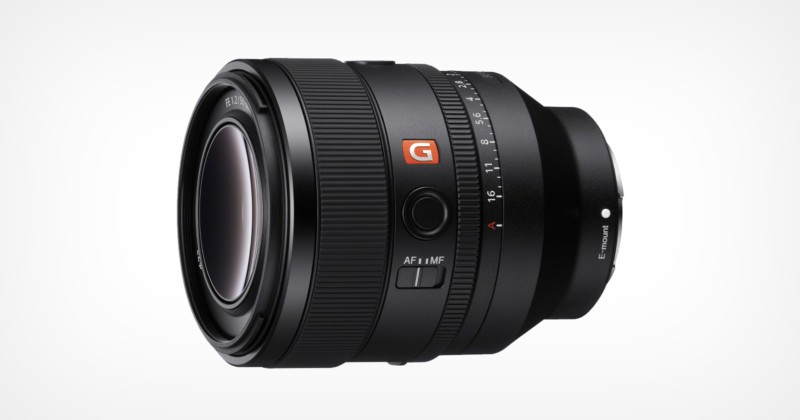 Despite the fact that rumors about the upcoming release of a new 50-ruble lens from Sony have persistently appeared on the network , we decided to wait for the official release, and then take a closer look at the new product. So here we go: the Sony FE 50mm f / 1.2 GM is officially unveiled. This is a Sony E-mount G-Master lens, specially designed for full frame mirrorless models and featuring the widest f / 1.2 aperture in the entire Sony lens range.

In 2021, the Sony FE 35mm F / 1.4 GM high-aperture fixture was announced during the virtual CES exhibition, today it’s time for the classics. The fifty is usually in every photographer’s backpack, and the FE 50mm f / 1.2 GM closes the gap in the G-Master series, which now looks fuller. By the way, about the backpack – the novelty weighs 778 g, has a diameter of 87 mm and a length of 108 mm, so it won’t take up much space in a backpack.

This lens is quite compact.

The lens also has an 11 blade circular aperture. The minimum focusing distance is 40 centimeters. The maximum magnification is 0.17x.

The manufacturer reports that the Sony 50mm f / 1.2 G-Master keeps subjects in focus without error, even at shallow depth of field. This is possible thanks to four linear autofocus (XD) drives. Autofocus works when shooting 4K video with human eye tracking.