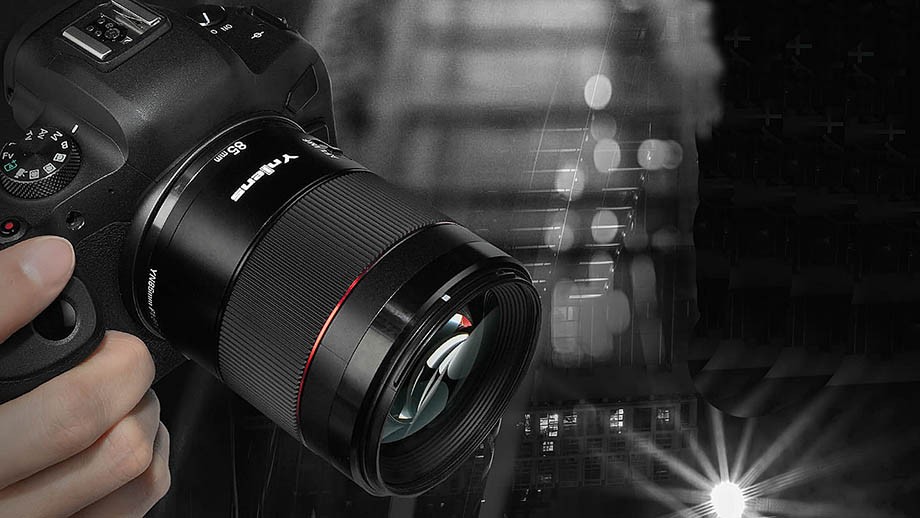 The Chinese company ShenZhen YongNuo Photographic Equipment Co. Ltd. announced a month ago a new YN 85mm F1.8R DF DSM lens for Canon RF mount, and now it has presented it. Recall that the exact same lens was previously released by the company for Sony cameras.

From the press release:

Users can assign functions to the control ring, such as aperture, shutter speed, ISO sensitivity, and more. Rotate the control ring to quickly adjust settings as needed.
In addition, there is the ability to turn on / off the click mode of the adjusting ring, which will be useful for videographers.

There is an AF / MF focusing mode switch.

The optical design consists of 9 elements in 8 groups, including two ED elements. The special multi-layer nano-coating of the lens can effectively increase light transmission while suppressing glare and reflections.

Thanks to the high aperture of F1.8, you can easily achieve a soft blur effect, separating the subject from the background. The diaphragm is round, 7-blade.

The lens has a USB Type-C interface for easy firmware upgrades.

The lens has a high-precision metal mount. The contact block is gold-plated for more efficient electrical conductivity and corrosion resistance, as well as a reliable connection between the lens and the camera for functions such as autofocus, iris control and EXIF ​​communication.

The cost of the lens will be $ 250-270. I would like, of course, to understand what kind of picture it will be able to produce, as well as how well autofocus works, but at this price, this lens may be quite in demand, especially given the recent news that Samyang has suspended the release and sale of its optics for Canon RF …

Advertisement
X
Subscribe to get the best Tech news and reviews of the week.
By signing up, you agree to our Privacy Notice and European users agree to the data transfer policy.
Close
07/03/2021