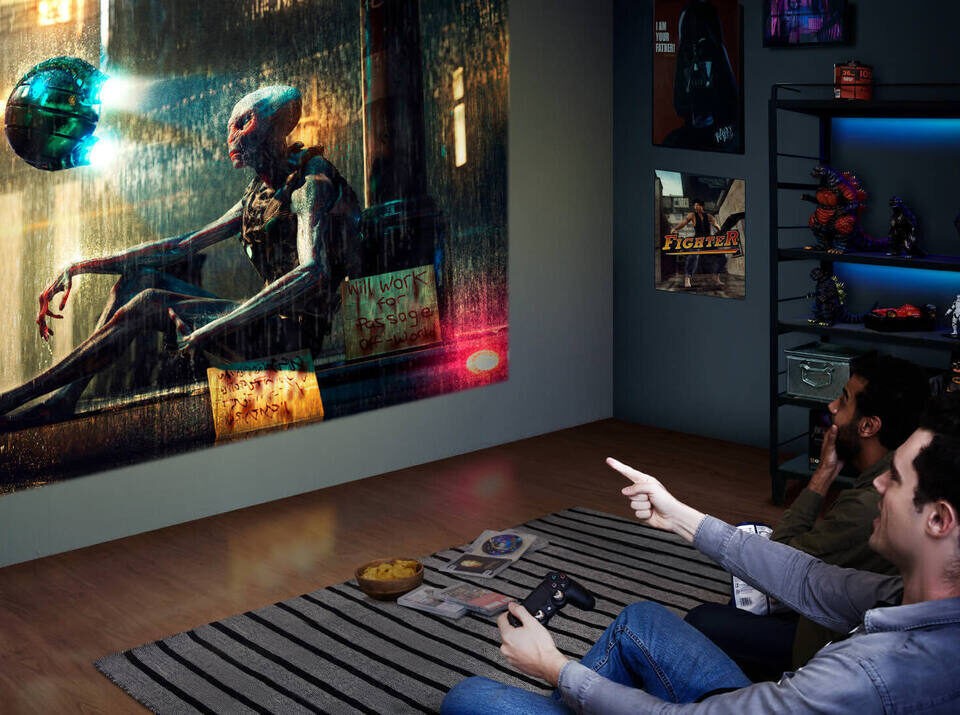 There is an opinion that the days of projectors are numbered – they will be “killed” by inexpensive large TVs. However, projector manufacturers have a few other trump cards up their sleeves.

We’ve already written about game projectors. Now such a model has been presented by the Taiwanese company BenQ – it is called the TK700STi and is presented by the company itself as a projector with “the lowest latency in combination with 4K resolution at 60 Hz.” This figure was 16 ms.

Most news outlets have reported that this makes the TK700STi an ideal display device for the Xbox Series X and PS5, although both consoles can potentially output video at twice the frequency at the same resolution. 4K60 is the level of the previous generation set-top boxes, so the above-mentioned record will not be very interesting to the owners of new set-top boxes.

But PC gamers will be interested in other characteristics of BenQ TK700STi. For example, the output delay for 1080p / 120 Hz video is already 8.33 ms for this model, and 4.1 ms for 1080p / 240 Hz video. Such options are not available to TVs, and it is not even clear if they will support such signals in the near future.

By the way, this projector can produce such fast video on a 100-inch screen already from a distance of 2 m. At the same time, the luminous flux of 3,000 lumens is enough for it to create a completely bright picture on such a canvas without completely darkening the room. The “life” of the lamp in this mode is about 4,000 hours, but in the economical mode, with a decrease in brightness by about 40%, it increases to an impressive 15,000 hours.

The rest of the parameters turned out to be more modest. The zoom factor is only 1.2, there is no lens shift, and the color gamut does not reach rec.709, making up only 96% of the area of ​​the HDTV standard, although this model has support for HDR video at the inputs.

The cost of BenQ TK700STi has been announced so far only for the United States – it was about $ 1,700 excluding taxes. By Michail Yahontov
X
Stay Updated! YOUR SOURCE FOR TECH BUYING ADVICE
Sign up and read everything without ads