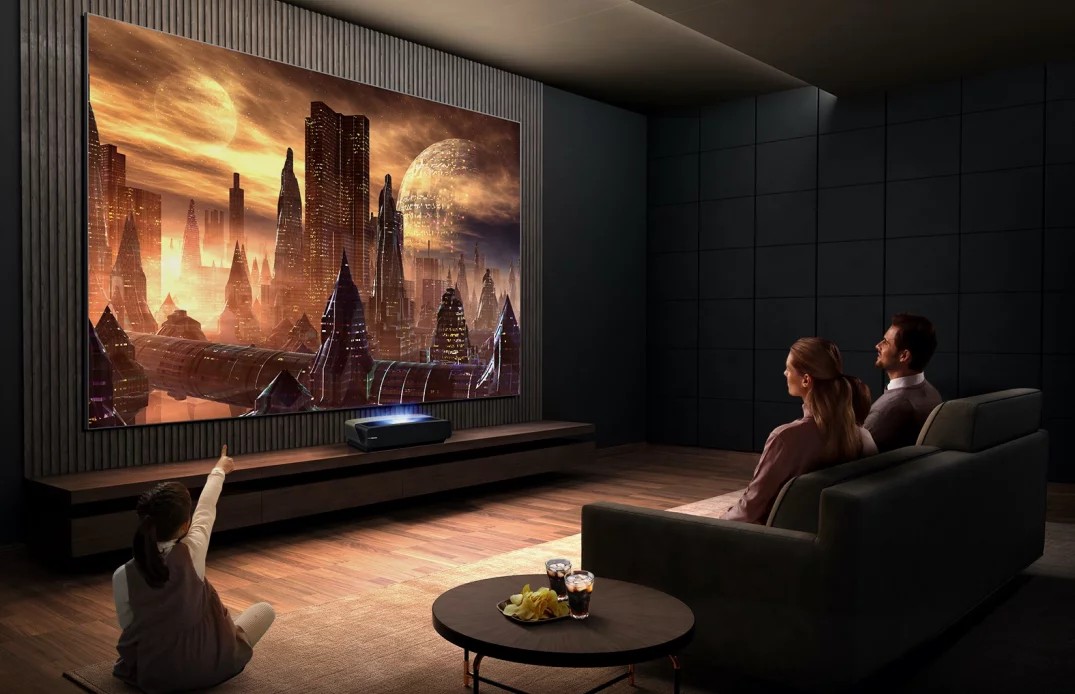 China’s Hisense has announced a new model of the L9G TriChroma laser TV in addition to the current L5 series. It is powered by a 4K DLP chipset and is equipped with a triple light source with a lifespan of up to 25,000 hours.

In fact, it is an ultra short focus projector capable of producing a clear and bright image up to 3 meters in size due to the light output of 3000 lumens. Thanks to its pure colors, it covers 107% of the BT.2020 standard and has a contrast ratio of 1,000,000: 1, according to a rather bold statement from the manufacturer. If so, then the picture quality of this device should be comparable to the best cinemas in your city. The Hisense L9G TriChroma is HDR10 and HLG compatible and comes with 2 HDMI 2.1 ports, one of which has eARC to output high quality sound to an external audio system. The TV’s own speakers have a power of 40 watts and support Dolby Atmos technology. The built-in Android TV platform provides access to a huge selection of video applications, and the Google Assistant makes it easy to find your favorite programs.

Worldwide sales of the L9G TriChroma with a 2.5-meter screen have already begun at a price of $ 5,500. A large-screen modification will be available later in the year for $ 6,000.

Lenovo T500: Smart projector that can be used as a Bluetooth speaker