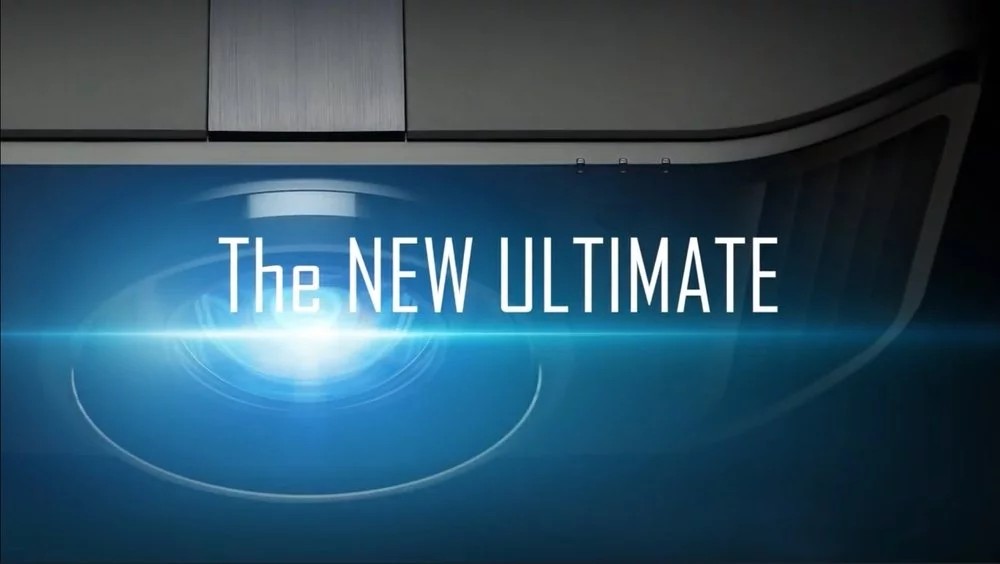 JVC has posted a video on its YouTube channel  hinting at the imminent release of the 8K HDR laser projector, which is described as The New Ultimate, a new high-level ideal. Unfortunately, no details were given in this 30-second piece. However, its name – JVC D-ILA Projector Teaser Movie 2021 – suggests that another series of projectors from this Japanese manufacturer should be expected this year.

The video shows a fragment of the design of the novelty with curved back edges of the front panel, on which there are ventilation holes, and a black decorative strip on the upper part of the case. These elements are very reminiscent of the 2020 JVC DLA-N5 device. By the way, the current N5, N7 and N9 models are widely regarded as some of the best lamp-based projectors on the market, and the Z1 as one of the best laser projectors with native 4K resolution.

The introduction of the 8K format by one of the leaders in the projector market is a very intriguing event. You can, of course, complain about the lack of original content, but modern TVs, in particular the Samsung QN900A, prove that it is possible to transform 4K resolution into 8K quite successfully. Such an image will undoubtedly be especially impressive when projected with a diagonal of several meters.