Lenovo T500: Smart projector that can be used as a Bluetooth speaker 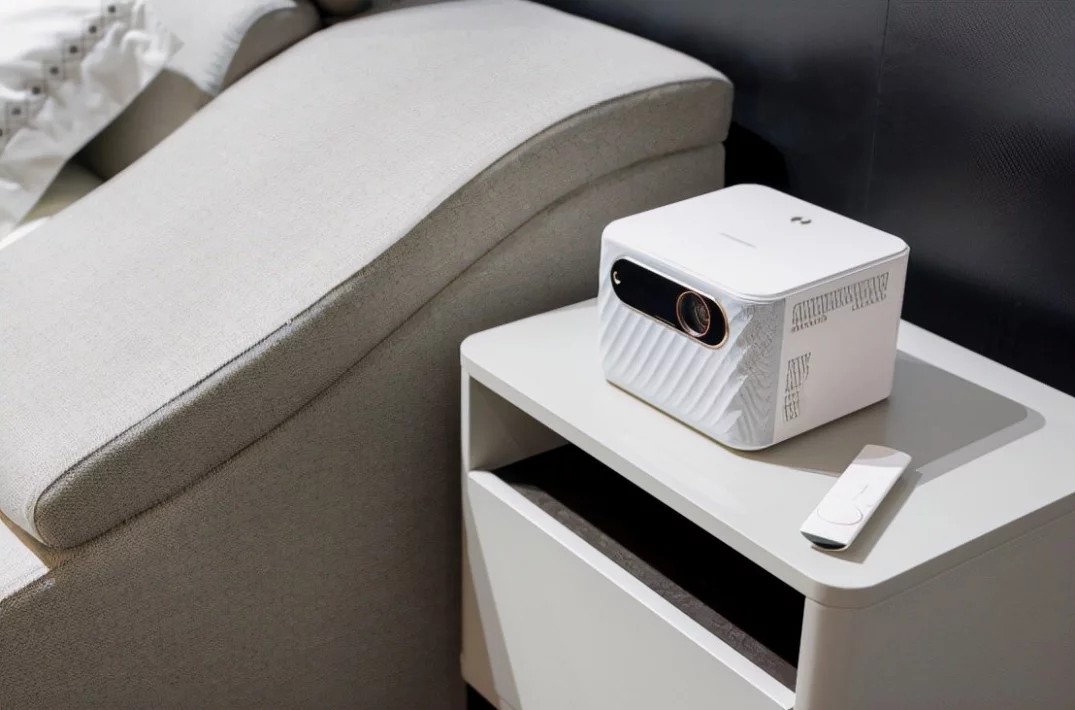 Lenovo has announced the release of a new mid-range projector called the Lenovo Smart Projector T500. The device has a compact body and provides high-brightness HD resolution images, the manufacturer says.

The Lenovo T500 is based on a 0.33-inch DLP matrix, consisting of 1.05 million micromirrors. Its LED source produces 1400 ANSI lumens.

A projection with a ratio of 16: 9 is formed at a distance of 0.8 m to 8 m. Its size ranges from 0.5 m to 3 m diagonally. The device has autofocus and automatic keystone correction functions. It uses Lenovo proprietary EEP technology to deliver crisp, vibrant colors and accurate colors. The device supports HDR10, HLG formats and provides a contrast ratio of 1000: 1. The built-in catalog provides a rich selection of streaming content for viewing. The video signal can be received wirelessly via the Wi-Fi module. The T500 is equipped with two 8W full-range speakers with Dolby Audio and DTS support for immersive surround sound. In between viewing, the projector can be used as a Bluetooth music speaker.

Smart projector features are powered by a Morningstar T972-H quad-core processor with 2GB of RAM and 32GB of flash storage for application installation. Particular attention has been paid to the silent cooling system with automatic fan speed control.

The T500 case has the shape of a cube with smooth vertical edges. The front is covered with a high quality gray textured fabric to blend harmoniously with the user’s interior. In addition, it also transmits sound waves well. Convenience of control will provide a remote control with a built-in microphone for receiving voice commands.

Sales of T500 will begin on September 30 on the official Lenovo website and in other online stores. The price of the device is 3,899 yuan