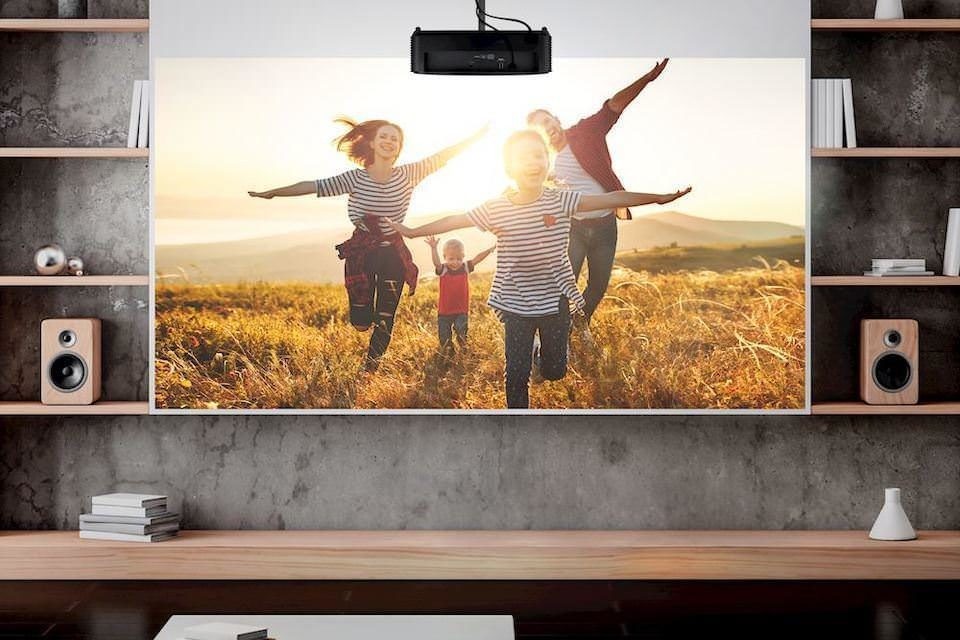 Optoma HD145X in the company itself is positioned as a universal projector for home entertainment, which allows you not to worry about darkening the room.

Firstly, because it is quite bright – its maximum luminous flux reaches 3,400 ANSI-lumens. And secondly, because it is very fast – the maximum supported frame rate at the HDMI input is 144 Hz.

This is impossible for 4K, so the projector does not even provide for an optical increase in resolution – the device always produces a picture in 1920 x 1080 pixels. It is quite enough for watching sports programs and movies.

But it should be borne in mind that even with dynamic lamp control, the maximum image contrast, according to official figures, is only 25,000: 1. To make the picture digestible, the creators provided presets from ISF in the menu for a simplified setup either for a dark or a lit room.

And in order to reduce the price, the complete set was cut to the maximum possible level. For example, Optoma HD145X has only one HDMI v2.0 for video source inputs, and it does not have its own media player or Android OS.