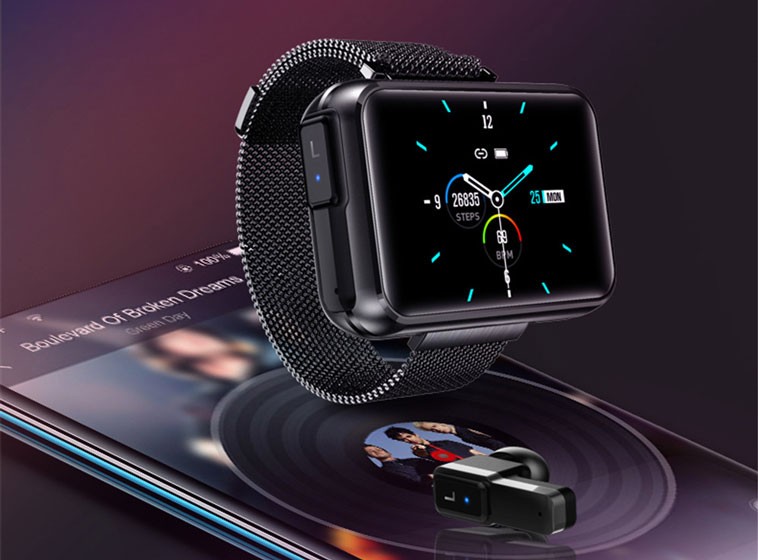 LEMFO is a Chinese manufacturer of wearables that likes to get out of the box very often, and the truth is that we have to give it points for trying; Proposals such as the LEMFO LEM T blur the lines between smartphone and watch to levels that we had not seen before, and this time we turn our attention to another proposal that tries to break with the established. Going into detail, we talk about the LEMFO T91 TWS, a 1.4-inch horizontal screen smartwatch that is equipped with a pair of wireless earbuds on each side.

As you can see, this is a bizarre combination of two products in one, as the headphones even charge while on the phone. We don’t see this device becoming the norm in the near future, but it is too interesting to be overlooked.

Design of this peculiar Smartwatch

We are facing a smart watch whose square -almost rectangular- screen exhibits a 1.4-inch diagonal along with a resolution of 240 x 240 pixels. The panel is obviously tactile and covered by 2.5D glass. 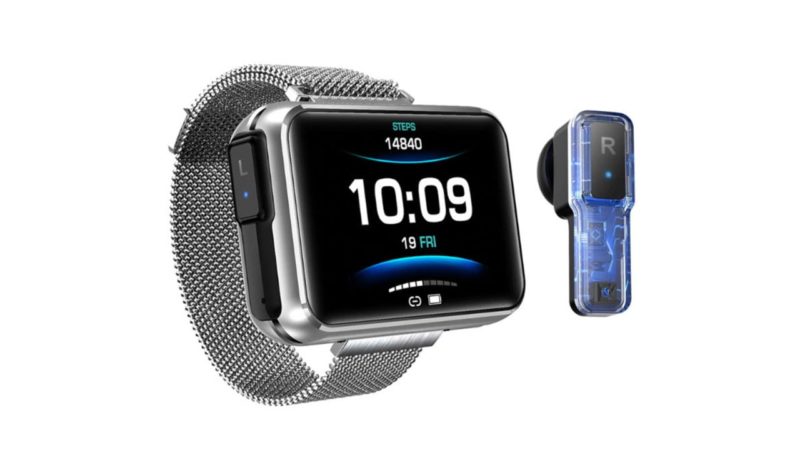 A case made of aviation grade aluminum gives body to this device, and on the sides it has magnetic anchors that hold the wireless headphones in place. It certainly looks very different from the competition, but it doesn’t come at the cost of being impractical or inconvenient.

It should be noted that the device receives IPX6 certification, which means that it is made to resist splashes of water or sweat, but until then, the manufacturer makes it very clear that it is a bad idea to take the LEMFO T91 TWS to swim or take a shower.

Speaking of surprises, the main selling point of this product is that we took a pair of TWS headphones with Bluetooth along with a smartwatch. 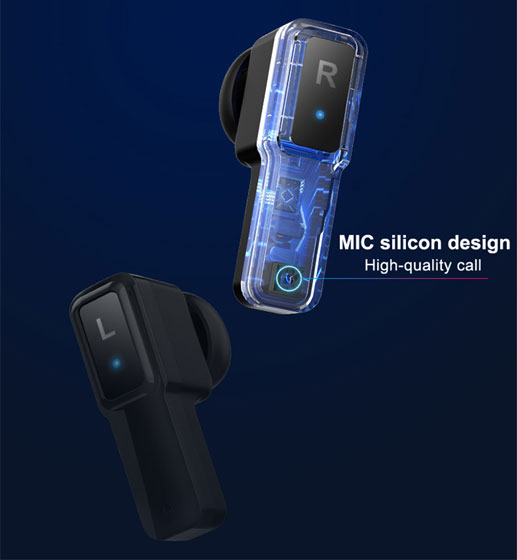 What advantage does this combo have over buying it separately? Well, although it is true that for the price of the LEMFO T91 TWS we can buy a basic smartwatch together with TWS headphones separately, in the latter case we will not be able to save and charge the headphones on the watch itself. There is the advantage.

With that said, the wireless headphones provided with the LEMFO T91 promise Hi-Fi sound alongside an ergonomic design and high-quality microphones. By default they are paired with the watch, but nothing stops us from pairing them with our smartphone, and in fact it is the idea, since this way we can listen to music, make calls and even activate the intelligent assistant Siri. They don’t look like the most cutting-edge TWS headphones on the market, but at least they have a touch panel that supports gesture control. Something that we do not see every day is how they are magnetically coupled to the watch.

In addition to providing us with a pair of headphones, the LEMFO T91 offers a number of health and sport functions. It has the typical pedometer that we can expect from any smart watch, as well as a heart rate, blood pressure and blood oxygen monitor. Also, the watch supports 7 exercise modes , which are: running, walking, cycling, basketball, soccer, badminton and rope. In terms of technical specifications the watch is not a big deal, it is powered by the well-known Nordic nRF52832 chip and is accompanied by 64kb of RAM and 512kb of ROM, so obviously it cannot run any heavy operating system like Android or WearOS. Therefore, to get the most out of it, we will have to link it to our smartphone via Bluetooth.

Finally, the watch is powered by a 260mAh battery that on paper can last 5 days , but that duration will quickly decay when used to charge the headphones, and since it does not include a charging case for them, we will have no other option. .