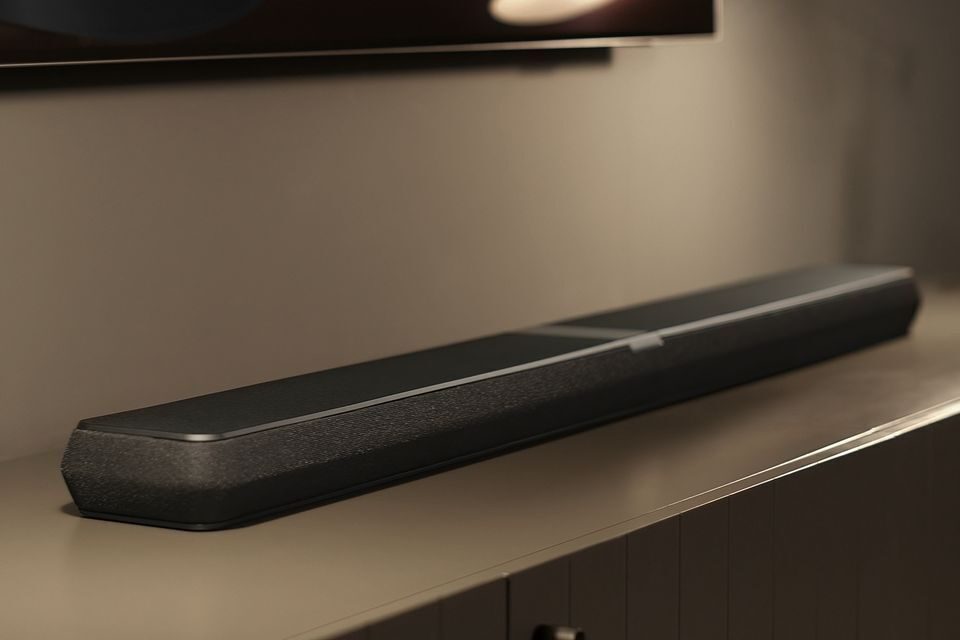 Panorama 3, like the previous British soundbar, still carries 13 speakers in a 3.1.2 configuration. They are enclosed in a case measuring 65 x 140 x 1210 mm. The manufacturer stated that “with a powerful sound that fills the entire room, no single-chamber competitor can match.”

For this, a 400-watt amplification was built into the system. The speakers are grouped in LCR format, but there are also a couple of woofers – they use almost the entire volume of the case. Dolby Atmos surround sound is delivered by upward-firing 50mm drivers specially designed by Bowers & Wilkins.

In addition to Dolby Atmos, Dolby Digital and Dolby TrueHD audio streams are also supported. There is an ARC / eARC HDMI interface, plus an optical digital input. For control, touch buttons are provided on the top panel, which are visible only with backlight during operation.

Panorama 3 supports both AirPlay 2 and Bluetooth with aptX Adaptive – streaming music from iOS and Android gadgets will not cause problems. There is support for Spotify Connect, and streaming services are available through the Bowers & Wilkins app – Deezer, Lastfm, Qobuz, Soundcloud, TIDAL and TuneIn. This year, the expansion of this list is promised, and at the same time support for multiroom. In addition, in the future, the possibility of upgrading electronics is promised.

The Bowers & Wilkins Panorama 3 soundbar is already on sale for $1,000 in the US.

Advertisement
X
Subscribe to get the best Tech news and reviews of the week.
By signing up, you agree to our Privacy Notice and European users agree to the data transfer policy.
Close
03/03/2022