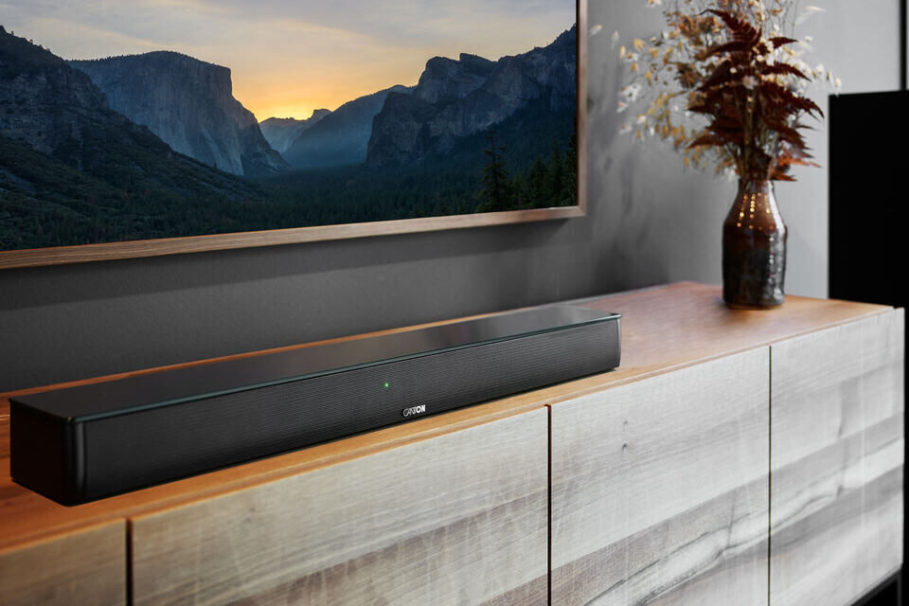 Canton has updated its cinema lineup with the Sound M Soundbar, equipped with Canton’s proprietary Smart Wireless. Among the most significant features, the company singled out the compactness and simplicity of the product. According to the manufacturer, the model is suitable for almost any room. Sound M was 72.5 cm wide, 6.5 cm high, and about 10 cm deep. The weight did not exceed 4 kg.

As stated by the company, the new product works in a 2.1 configuration. More precisely, we are talking about a virtual surround sound format 2.1 Virtual Surround Sound System. Thus, the soundbar will be able to single-handedly provide “surround sound” due to processor processing, but Canton has provided the ability to interface with other speakers.

This means that Sound M can be connected wirelessly to Canton Smart Series speakers (with the above connection via Smart Wireless). In addition, the soundbar is ready to be paired with a Canton Smart Sub 8 subwoofer.

Other than the ability to connect additional speakers and a subwoofer, the Sound M itself boasts four 50mm mid / woofers with aluminum diaphragms and two 19mm fabric dome tweeters. The power was 300 W. According to the manufacturer, the soundbar was taught to work with Dolby Digital and DTS content, but nothing was said about object-oriented formats.

Of the switching capabilities, we note HDMI ARC / CEC for connecting to a TV, three HDMI inputs for external sources (there is a 4K pass), optical and coaxial connectors, as well as a standard RCA input. There is a separate connector for a wired sub. Sound M also received a Bluetooth 5.0 module with SBC, AAC and aptX codecs.

The new product will appear on the German market in the near future at a price of 580 euros.