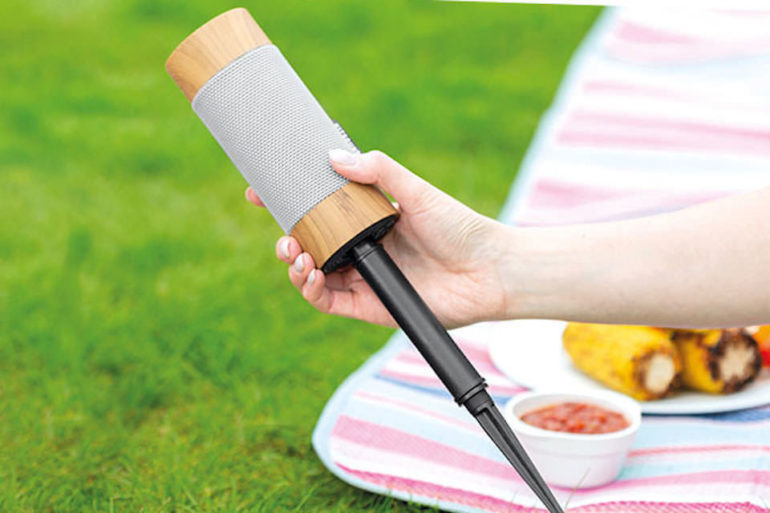 Kitsound has expanded its catalog of inexpensive outdoor speaker Diggit. The device is based on wireless signal transmission via Bluetooth.

In other words, Diggit is not a landscape acoustics in the usual sense, but rather a protected wireless speaker with the ability to install in the ground. The set includes a special detachable peg.

According to the manufacturer, after one charge the device will last for 8 hours of music. So Diggit can be stuck in the ground outside and left there for the entire party. The speaker will not be afraid of the sun and rain – it is protected according to the IP55 standard.

In terms of audio, Diggit has two 5W speakers that operate in 360 ° mode. If you connect two speakers in paired mode, you can get standard stereo.

In the British market, the cost of new items was 40 pounds.