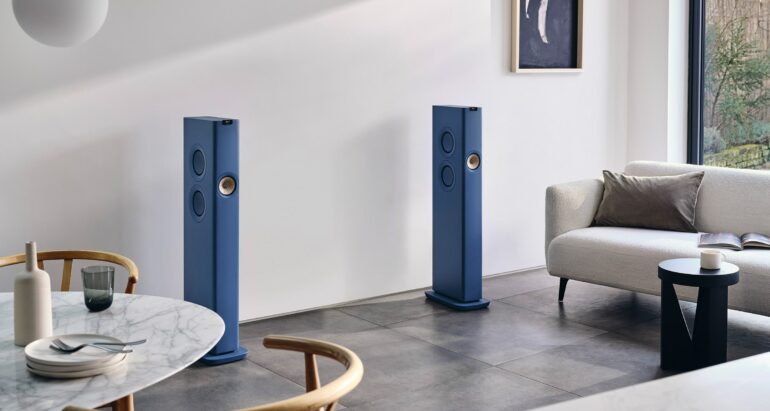 The model has a brand new generation Uni-Q coaxial emitter , loaded on a special MAT (Metamaterial Absorption Technology) disc that absorbs back radiation . On the bass, he is immediately assisted by four woofers in the Uni-Core configuration , capable of creating a sufficient level of sound pressure. The loudspeakers have an active band separation scheme, in which separate amplifiers sound the high, mid and low ranges. The total power of the built-in amplifiers is 1400 watts.

Wireless signaling is possible via Wi-Fi and with support for Apple AirPlay 2 and Google Chromecast , as well as via Bluetooth. Speaker systems can be connected to each other both by a physical wire with 24/192 signal transmission , and by a proprietary wireless protocol, where the bit depth and frequency are limited by 24/96 parameters . The model also has an HDMI input (eARC) and an analog stereo input.