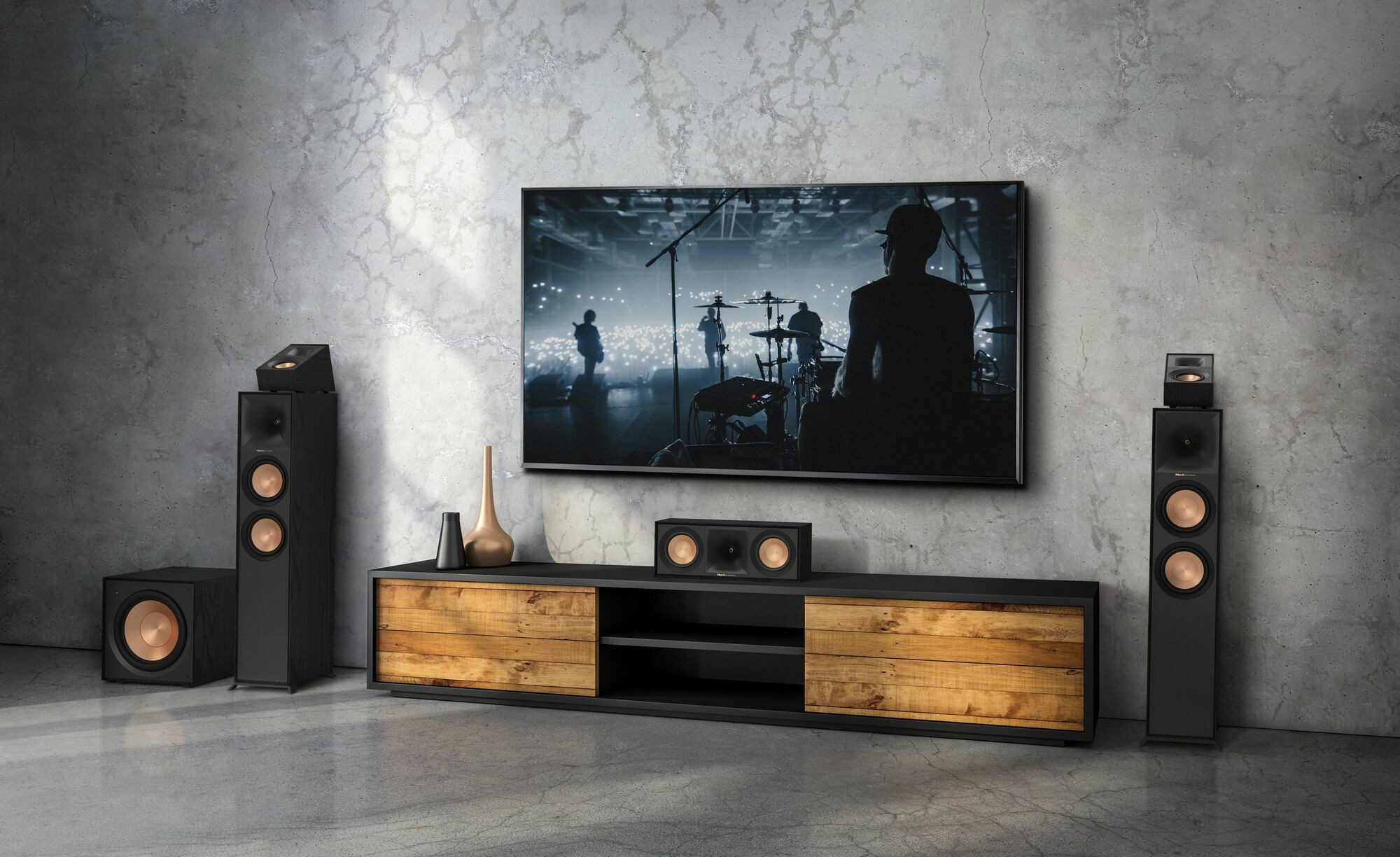 Two of Klipsch’s most famous home theater speaker lines, the Reference Premiere and Reference, have been redesigned. The eldest of them, Reference Premiere, is already in its third generation. These speakers feature the larger Tractrix horn systems. The cabinets are equipped with Cerametallic woofers with Friday aluminum rings, and the proprietary Titanium Linear Travel Suspension (LTS) tweeter with increased, according to Klipsch, dynamics works at high frequencies.

Klipsch also claims that the Reference Premiere speakers – all 11 models – are “furniture designed” and made from premium materials. Two finishes offer a choice of black or walnut veneer. The floor-standing models, in addition to the RP-8060FA II with Dolby Atmos, RP-8000F II, RP-6000F II and RP-5000F II, are equipped with Dolby Atmos “top-firing” speaker mounts.

In addition, the Reference Premiere series includes two shelf models, the RP-600M II and RP-500M II, and three center channel systems, the RP-504C II, RP-500C II, and RP-404C II. And finally, there are two surrounds – RP-502S II and RP-500SA II, the second one can also be used as a wall-mounted Dolby Atmos system.

In its seventh generation, the Reference line consists of 10 models. They feature improved versions of the Tractrix horn and woofers with thermoformed crystalline polymer (TCP) and molded copper cones. In the decoration of new products, a vinyl coating with the texture of natural wood was used. Just like the Reference Premiere series, the Reference floorstanding speakers have Dolby Atmos speaker mounts.

In total, the updated Klipsch Reference series includes three floorstanding speakers – R-605FA (with support for Dolby Atmos), R-800F and R-600F. The center channel is available in two versions: R-50C and R-30C, as well as shelf speakers – R-50M and R-40M. There is one surround, which is also a Dolby Atmos speaker, model R-40SA. In addition, the Reference series includes two powered subwoofers, the R-121SW and R-101SW models.