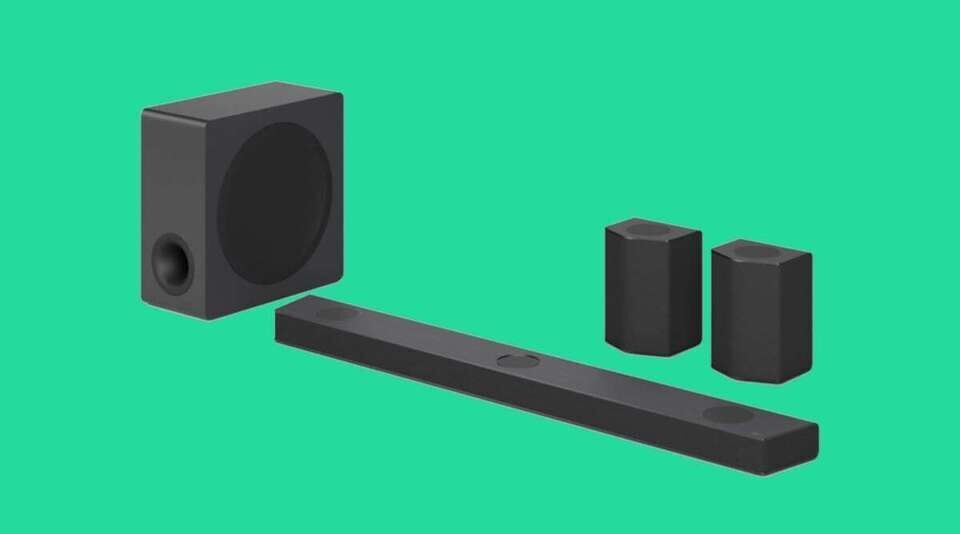 LG has unveiled a new flagship model in the soundbar lineup – the LG S95QR in 9.1.5-channel configuration and a total output of 810 watts.

One of the main features of the soundbar, the manufacturer considered the central emitter directed upwards (on the soundbar itself). In addition, LG drew attention to two side upward-facing speakers and two of the same modules built into the rear satellite speakers.

There are a total of five upward-pointing emitters. According to LG, this approach resulted in cleaner dialogues and the most immersive sound overall.

Another important distinction of the S95QR set is the aforementioned satellite speakers: these two speakers not only have built-in ceiling speakers, but also radiators responsible for the side / rear channels.

As for the formats, the LG S95QR is tailored for Dolby Atmos and DTS: X. The soundbar should work seamlessly with most modern set-top boxes, turntables and media players. For convenience, the soundbar has a built-in automatic sound calibration system for the room.

LG also drew attention to the new soundbar’s ability to pass HDR signal from VRR and ALLM. Additional bonuses include support for Amazon Alexa and Google Assistant and the ability to play Lossless music in multichannel mode (you will need an optional Wowcast module) using the Meridian Audio Horizon technology. The set includes a subwoofer. The total system power is 810 W.

The S95QR will be unveiled at CES 2022. Price and launch date have yet to be announced.