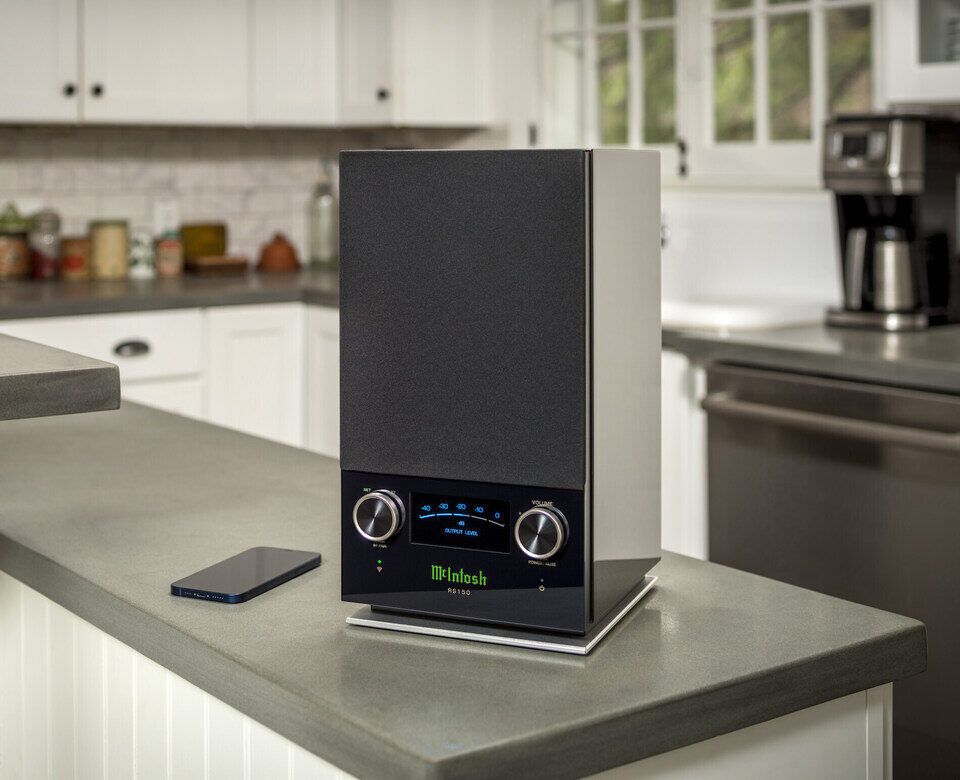 The new McIntosh models of the RS150 and RS250 wireless speakers trace all the family traits of the brand. In the words of McIntosh, one of their missions is “to serve as an introduction to legendary McIntosh sound standards and entry-level capabilities.”

Indeed, the ownership of both systems – the monaural RS150 and the stereo RS250 – is determined at a glance. The first is a compact two-way shelf system with a dome tweeter and a 5.25-inch woofer under a removable fabric grill. Compared to the smaller RS100 , the RS150 has doubled its power to 120W. In addition, the RS150 has a bass control.

The RS250 is a virtually all-in-one stereo system. In addition to wireless capabilities like Spotify Connect, Tidal Connect, Apple AirPlay 2, Bluetooth, Chromecast, and Roon Ready available on the RS250, there are also wired ones.

The first of them is the input of the built-in phono stage. The second is HDMI with the Audio Return Channel (ARC) function, which will allow you to control the power and volume of the system from the remote control of a compatible TV connected to it.

The RS250 features two ¾ “tweeters, four 2” midrange tweeters, and two 4 “x 6” oval woofers pointing down from the chassis raised above the base. The total power of the built-in amplifiers has reached 650 W – in addition, an external active subwoofer can be connected to the RS250.

Both models are streaming-ready up to 24-bit / 192 kHz, and both feature Bluetooth 5.0 modules with support for AAC and Qualcomm aptX HD codecs. The Ethernet cable network connector is complemented by built-in Wi-Fi. You can use Google Assistant for voice control.

In terms of design, it’s the traditional McIntosh aesthetic, with the inevitable glass front bezel and glowing symbols on top of it, complemented by signature encoders. The RS150 will begin production in December 2021, and the RS250 will go on sale first in the US and Canada in January 2022.

In preparing the article, materials from https://stereo.ru/news/mcintosh-rs150-rs250-speakers were used. Visit article here.