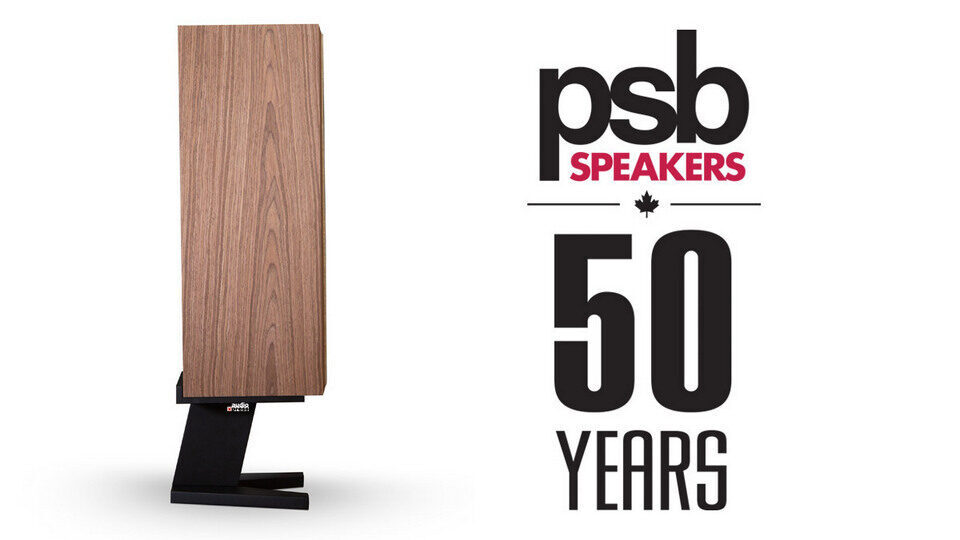 Canadian brand PSB Speakers made good on its promise to present “something special” in early July for its 50th anniversary. The surprise was the Passif 50 rack-mount speakers – the heirs of the classic Passif II, which debuted back in 1974.

The replica will receive a completely modern set of emitters: an inch tweeter with a titanium dome, a neodymium magnet and ferrofluid damping, a 6.5-inch woofer and an 8-inch passive cone.

This option was hardly possible in 1974, but the style is observed to the maximum: there are deliberately rectangular cabinets in natural walnut veneer and grills made of wicker fabric, however, with a magnetic mount, but this did not affect the appearance. The ensemble is completed by special stands – with them the speakers look quite artistic.

On the back of the Passif 50, you’ll see a plaque that says “Passif 50 – 1972-2022” emblazoned with a maple leaf. The speaker cable terminals located there provide for both single-channel and band-by-band connection.

The first 500 pairs of Passif 50s sold will be accompanied by a handwritten letter from founder and brand leader Paul Barton. The owners of these systems will also receive an offer to purchase an anniversary gift set via a QR code – a cotton backpack, a braided water bottle and a commemorative keychain.

Pre-orders for the Passif 50 will open on August 1st, with systems due in September.

Check out the PSB 50 Years full documentary below:

Cornucopia: Wireless speakers in the form of a gramophone horn