PSB Synchrony T600 and B600: Speakers with a Scientific Approach The Canadian company PSB Speakers has introduced new acoustic models in the Synchrony series – T600 and B600 . In the name of the models, the first letter codes the type of speakers – floor ( T – Tower ) and bookshelf ( B – Bookshelf ).

New products based on technologies that have been developed in conjunction with the National Research Center of Canada (Canadian National Research Center, NRC) , which, according to the PSB the Speakers , helped design the speaker“the most natural sound” . By the way, this is not the first experience of cooperation between PSB Speakers and NRC in the field of speaker design. PSB Synchrony T600 are three- way floorstanding speakers. The internal volume of the body is divided here into four chambers.

For reliable vibration isolation, the housing rests on an IsoAcoustics GAIA II base . The high frequency range is served by an inch tweeter with a ferrofluid cooling and a neodymium magnet system. The midrange is handled by a driver with a 5.25-inch carbon fiber cone and a die-cast aluminum basket. The low-frequency spectrum is entrusted to three 6.5-inch woofers with carbon cones. 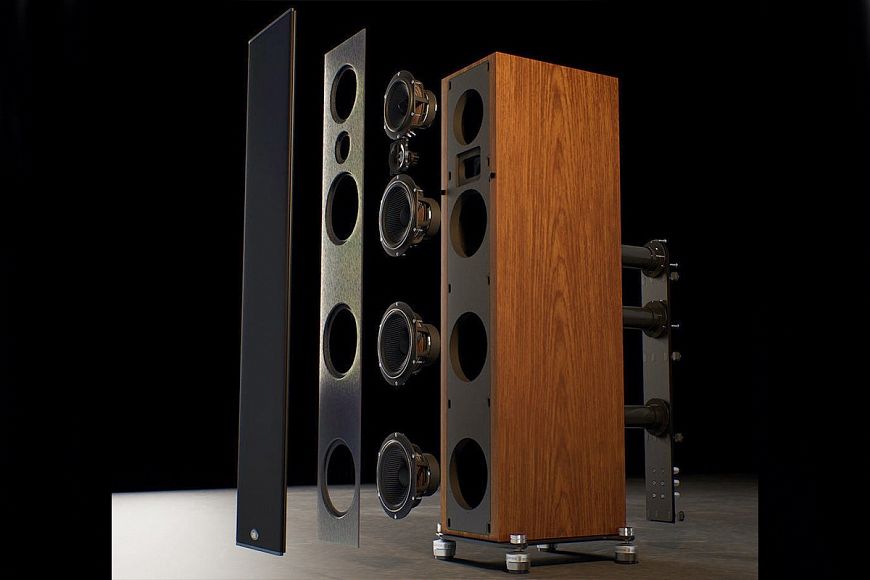 Separation of areas of responsibility is implemented in PSB Synchrony T600 using the fourth order Linkwitz-Riley filter . The casings are made of MDF with the use of aluminum parts to increase the rigidity of the structure.

Each bass driver operates in a separate volume with its own bass reflex port, brought out to the rear wall of the case. The fourth chamber contains a tweeter and a mid-frequency radiator. 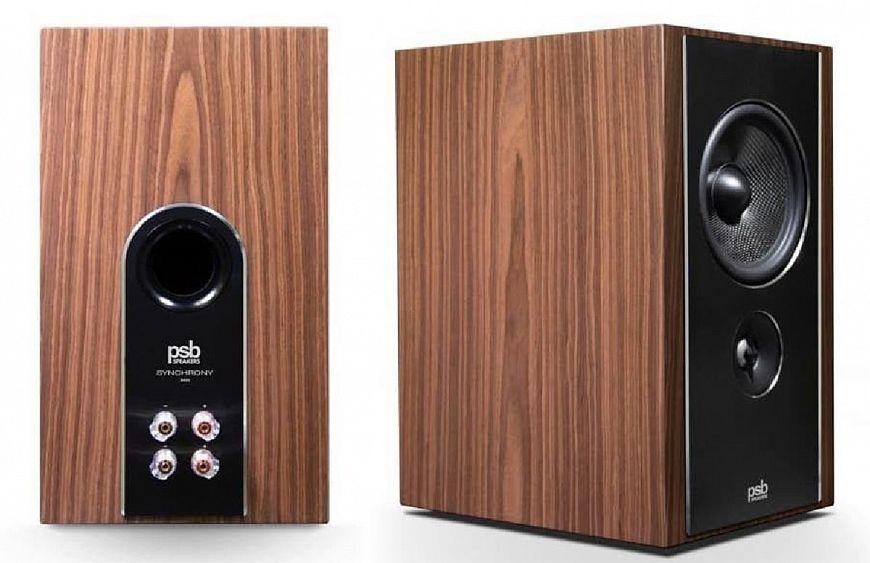 The shelf model PSB Synchrony B600 is made in a two-lane architecture. The one-inch titanium dome tweeter is complemented by a 6.5-inch carbon fiber cone speaker with bass-reflex design.

The bass reflex port, like that of the floor-standing model, is brought out back, which imposes some restrictions on the installation of speakers near walls. Like the floor- standing model, the B600 stands on an anti -vibration base from IsoAcoustics . The manufacturer notes the versatility of the speakers – they will equally organically fit into both a classic stereo system and the surround sound system of a home cinema. New items are offered in piano lacquer or natural veneer . In the US, sales of the PSB Synchrony T600 and B600 loudspeakers are slated for June . A pair of floor-standing speakers can be purchased for $ 8,000 , while bookshelf speakers will cost $ 2,500 .