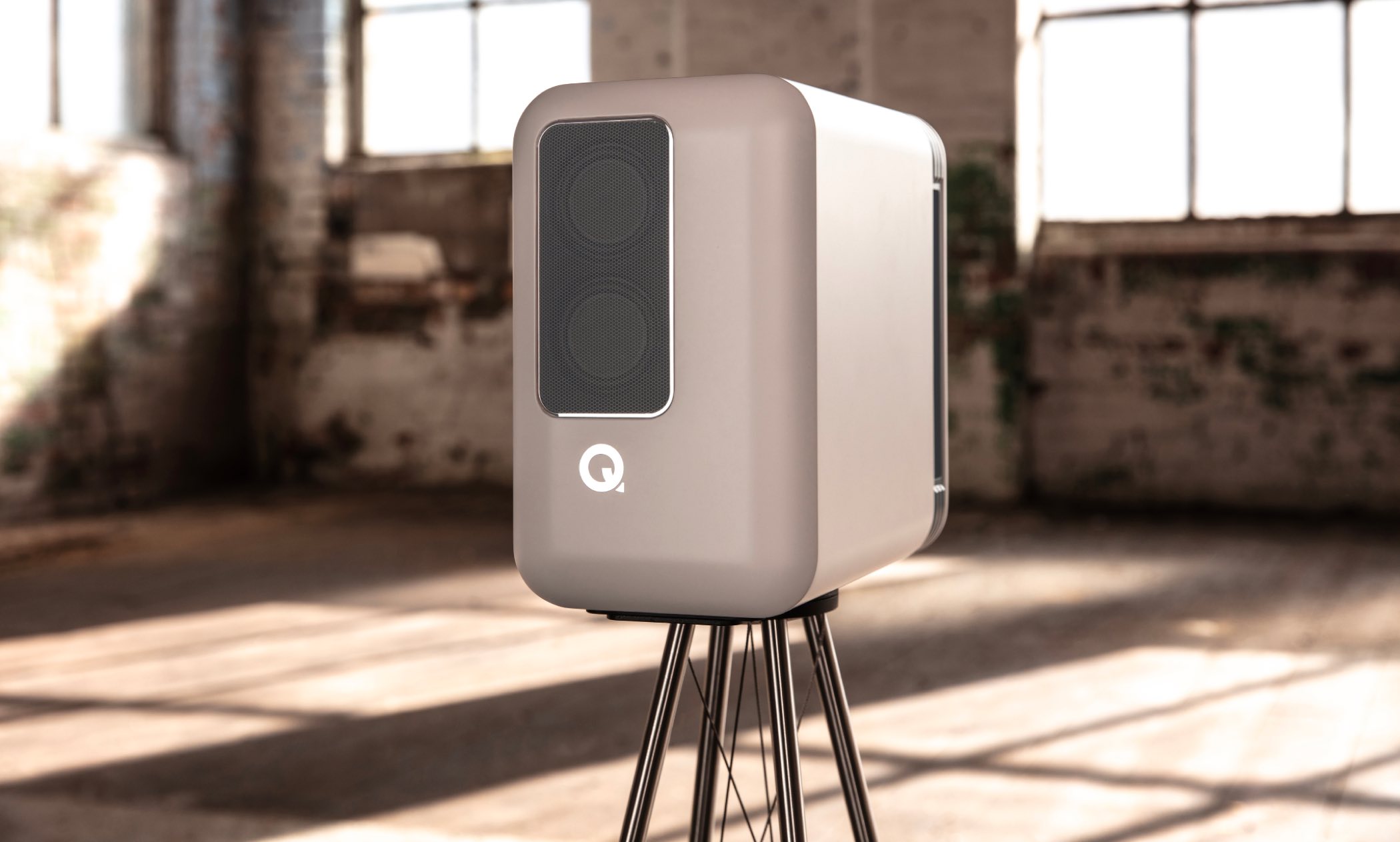 The British Q Acoustics has built up a strong reputation with good speakers that do not cost much. In recent years it has also tried to break through with high-end speakers, such as the EISA-winning Concept 500. Now the British are also entering the active segment, with wireless design speakers with extensive streaming options. 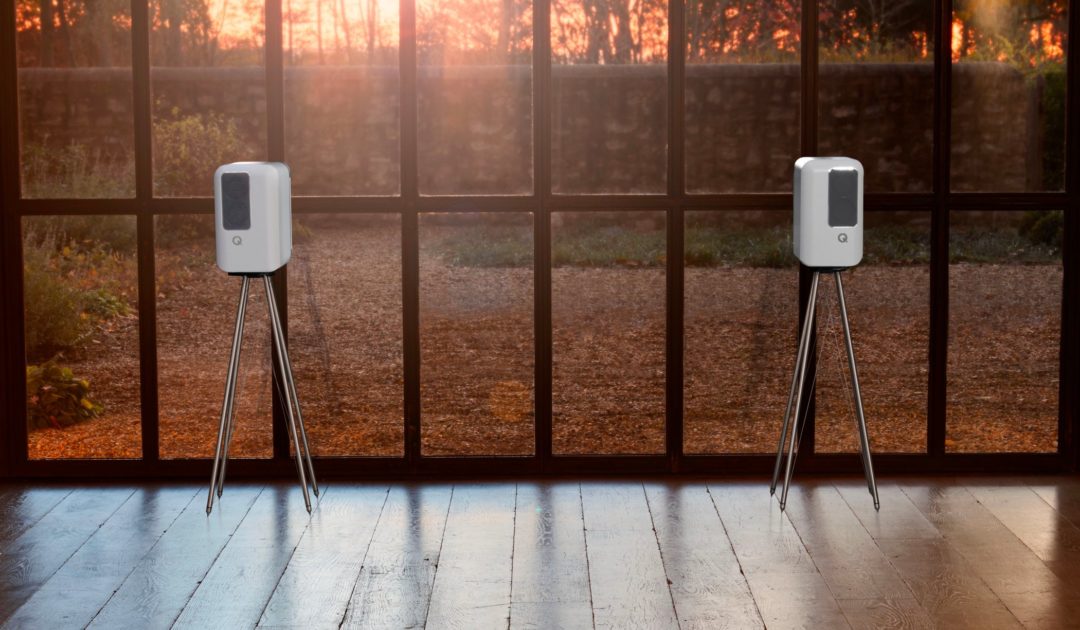 The new Q Acoustics Q Active family will be released in the coming months. The range consists of two models: the Q Active 200 and the Q Active 400. The first is a upright speaker that is gradually reaching the shops, the Q Active 400 is a floor stand that will be for sale in the spring. As the name indicates, these are active speakers. All electronics are included in the speakers, which in turn connect wirelessly to an included Control Hub. Everything is transferred losslessly in 96 kHz / 24 bit. Q Acoustics therefore follows the recipe of brands like Dali (see also the test of the Oberon 1C in this issue) and not the approach of a brand like KEF or Klipsch (where all connections are on one of the speakers).

Q Acoustics joins a broader trend with the new speaker family. Many hi-fi manufacturers believe that there is a large group of consumers who want better audio but are not interested in the traditional approach where you purchase different devices and connect wired to a set of speakers. Active speakers with built-in streaming are a lot more interesting from that perspective. There will be fewer appliances in the living room. In addition, the gain in an active speaker can be optimized, so that the drivers are better controlled. 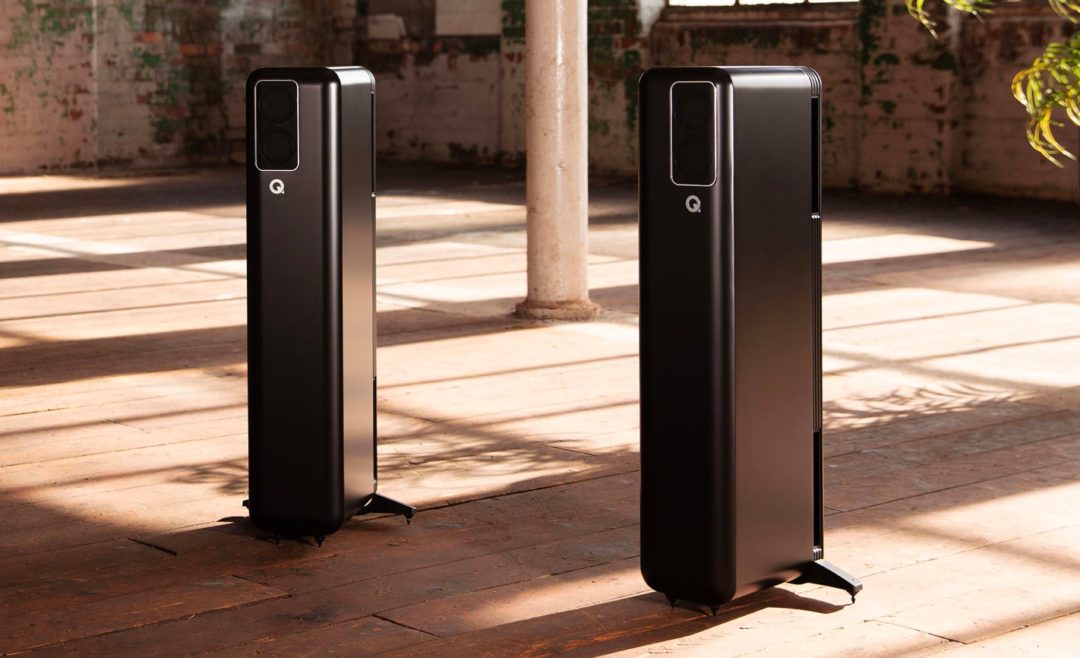 The Q Active line is also more likely to compete with the active products from Dali and KEF for price and design, not Sonos or Harman Kardon. The Q Active 200 costs 1,999 euros for a package consisting of two speakers and a hub. The Q Active 400 has yet to get a final price tag, but will probably cost around 4,000 euros, again with the Control Hub included. Multiroom functionality is also planned.

No lack of streaming options. In principle, there will be two versions of the hub: one with support for voice control via Google Assistant and one with Alexa. Integrating both into one device is not allowed by the two rivals, according to Q Acoustics. You may also encounter the Google Assistant version earlier in the Benelux. In terms of streaming, both versions offer the same thing, except the Google version also owns Chromecast. In addition, you can count on AirPlay 2, DLNA / UPnP, Spotify Connect, Bluetooth and Roon compatibility. 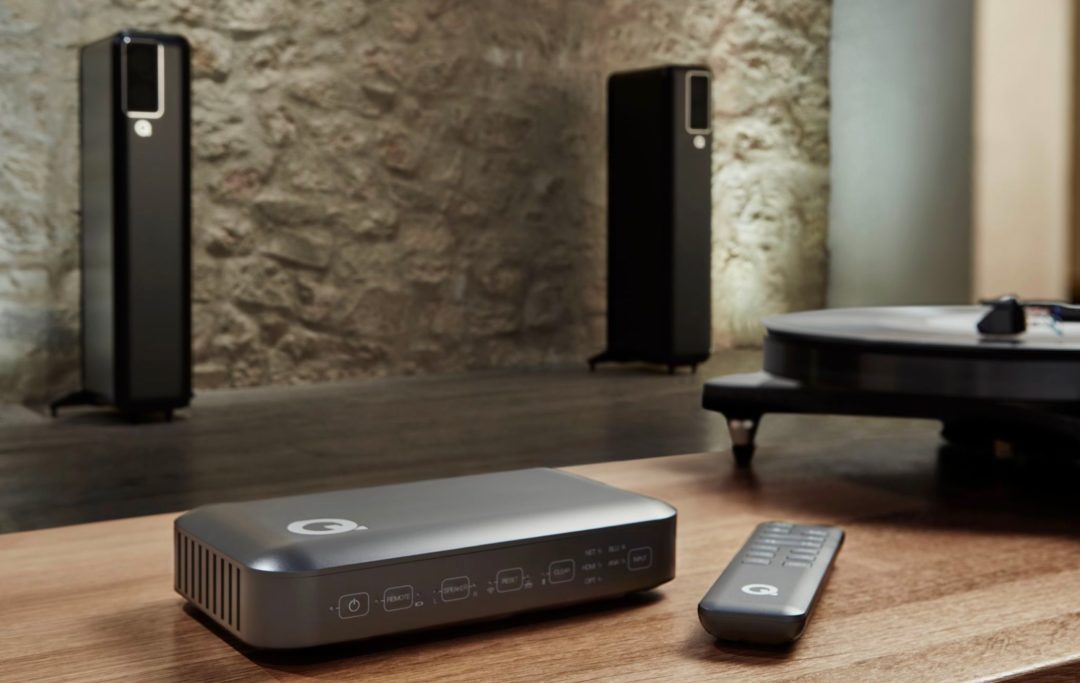 The hub is equally lavishly equipped in terms of inputs. There is an HDMI-eARC input, an optical connection and – this is unusual – a phono input for a turntable with an MM cartridge.

With the remarkable Concept 500 and Concept 300, Q Acoustics showed its willingness to color outside the lines in terms of design. This is no different with the new Q Active line. The new active speakers are clearly inspired by the two Concept top models. Especially with the Q Active 200 this really stands out. An eye-catcher with these compact speakers is the optional slim tripod stand (450 euros / set) that we recognize from the separate tensegrity mode of the Concept 300. 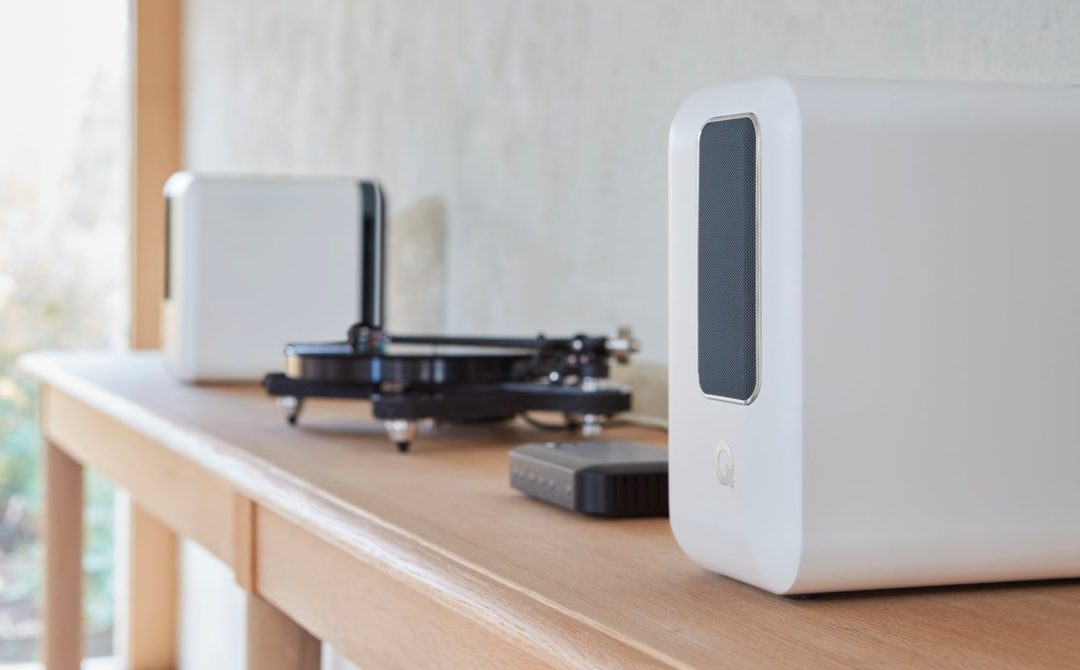 The Q Active speakers also look very special. It has BMR drivers that are arranged asymmetrically. The two speakers are therefore each other’s mirror image. You can experiment with which one you place on the left or right, depending on your living room and how far you are from the speakers.

Advertisement
X
Subscribe to get the best Tech news and reviews of the week.
By signing up, you agree to our Privacy Notice and European users agree to the data transfer policy.
Close
11/04/2020