Rarest and most awesome boomboxes of the 1980s 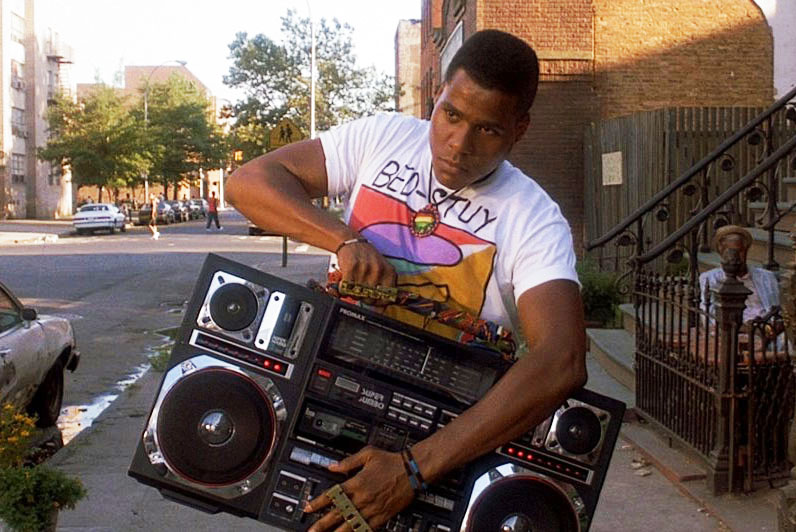 In the wake of the immense popularity of portable cassette recorders – boomboxes or ghetto blasters – in the 1980s, even companies whose products have always been associated with high-end stationary hi-fi technology were taken up in their production. With the exception of large electronics companies, such excursions to the “portable” territory were short-lived, and manufacturers were usually limited to making a few models. The surviving specimens are all the more rare today. A three-piece boombox released in 1982. At the request of the buyer, the model was supplied with various acoustic systems, differing from each other in the shape of the protective grilles on the speakers. Structurally, these were two-way speakers with four-inch woofers and 2.25-inch tweeters. The crossover frequency was set at 3,300 Hz, the speaker impedance was 8 ohms, and the sensitivity was 92 dB. It was the use of these speakers that provided the radio tape recorder with a sound that could not be compared with the usual heavy handwriting of most boomboxes. The power of the amplifier was 15 watts per channel, the cassette deck supported the Dolby system and metal cassettes. As befits a radio from a respectable Hi-Fi brand, the CP-7 was a four-part component system – two speakers, a tuner / amplifier unit and a cassette deck. The model appeared on the market in 1982, and according to the manufacturer, its frequency range was from 30 to 30,000 Hz at a level of +/- 3dB. It’s hard to believe, of course … The power of the amplifier was only 2 x 15 watts at 70 to 15,000 Hz. On the bass, passive radiators helped the speakers, and the tuner had a digital display and several memory cells. The cassette recorder worked with the fourth type of tape (Metal). A three-block ghettoblaster sold in Germany 1982-83. This solid radio tape recorder weighed 9.6 kilograms excluding batteries (the boombox needed 10 of them, and they were placed in a niche in the speakers). The speakers were two-way, built on paper speakers. The built-in amplifier was made on Panasonic AN7158N microcircuits and delivered a long-term power of 15 watts per channel. The deck supported all types of tape and had a Dolby system. A very rare Denon radio tape recorder, consisting of four elements – two speakers and two separate electronic units. One of them had an amplifier, the second had a cassette deck and a radio receiver. The speakers were two-way with phase-inverted acoustic design, while the cases were made of fiberboard. The nominal resistance is 4 Ohms. The power of the boombox was declared at 20 watts per channel. Since Yamaha entered the portable radio market, it should have been surprising. And she surprised by releasing a very advanced PC-8 boombox (in Japan it was sold as CC-101). The cassette deck was especially good – it had Dolby B and C noise canceling systems, full logic control and auto reverse. The declared frequency range of the tape recorder when working with the fourth type of tape was 20 – 17,000 Hz, which is an excellent indicator for a boombox. The model weighed 12 kilograms without batteries, the speakers included 12 cm mid / woofers and 3 cm ceramic dome tweeters. The amplifiers were made on Fujitsu MB3730A microcircuits and delivered 15 watts per channel. 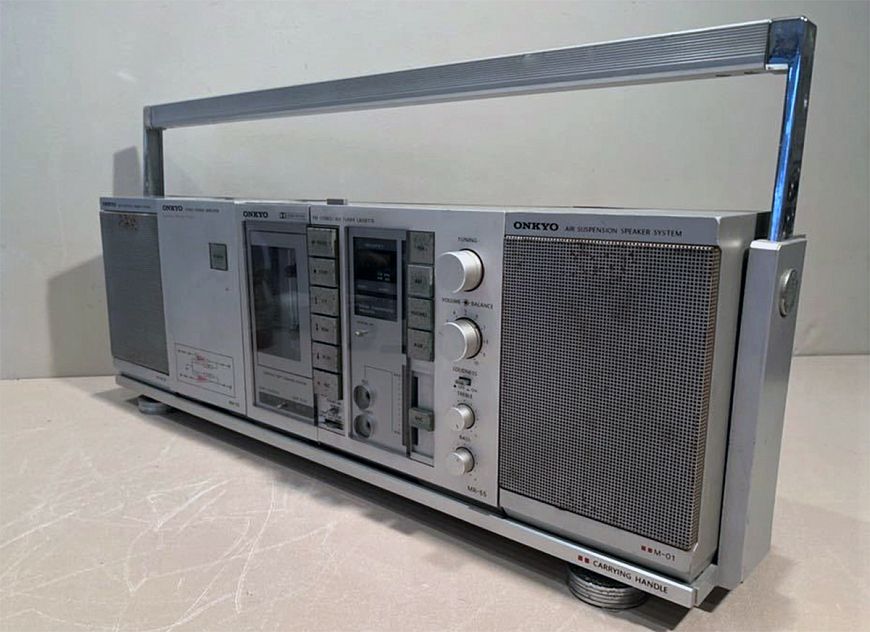 The only radio in the Onkyo range in the 1980s was not only rare, but also very expensive for those years. This model appeared on the market in 1984 and cost almost 945 US dollars, which in today’s money puts it in the High End category. Many aluminum elements were used in the design, and the weight of the device exceeds ten kilograms. The speakers and all electronic components were removable, and the optional metal frame or the separately sold leather case with a built-in battery could be used to carry the radio. Another accessory that could be purchased for the radio was an external amplifier to add bass. 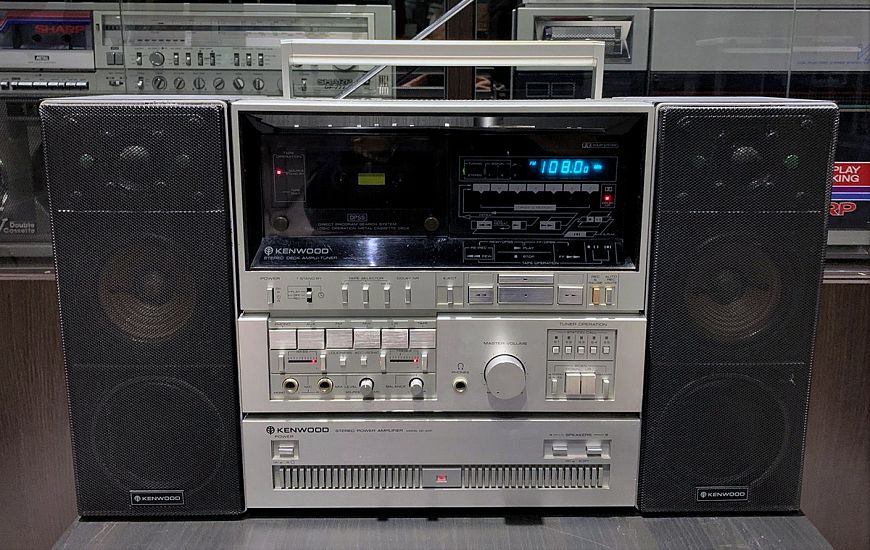 This model has been produced since 1981. The second name of this radio was El Poco, and it was more a portable stereo system than a boombox. It consisted of a DC-20P power amplifier, a DC-20X tuner and cassette deck unit, and DC-20S speaker systems. The radio could receive power both from the mains and from batteries or a car battery through an appropriate adapter. The power of the amplifier was 20 watts per channel with minimal distortion, the deck had all the necessary functions, including the Dolby system, auto reverse, track search and a timer. The loudspeakers had a two-way design and were loaded onto a passive radiator. A special case could be purchased to carry the system. Unlike other companies, the Japanese company Crown, known for its professional technology, has been active in the radio tape recorder market. However, this “spy” boombox is a real rarity. Inside the stylish leather attaché case is an interesting radio with a fully functional tuner, a cassette deck with support for all types of tape and pause search, as well as large illuminated arrow indicators. The model works both from the mains and from batteries, and you can turn on the power and start recording from the microphone by pressing one button under the handle of the suitcase. The microphone itself is also located on the top panel of the case next to the telescopic antenna.