While Samsung has unveiled some impressive new TV models (8K Neo QLED | Micro-LED TV) at the First Look event ahead of the virtual CES in 2021, the company has generally been slow to reveal its cards for the 2021 soundbar series. of the year. However, some details have been leaked.

According to some reports, all 2021 models will be equipped with Apple AirPlay 2. This is a very worthy innovation. Samsung hasn’t been quiet about releasing its soundbar, called the HQ-Q950A with Dolby Atmos. In addition to the flagship model, the Samsung 2021 soundbar range includes the following soundbars: HW-Q950A, HW-Q850A, HW-Q800A, HW-Q70A, HW-Q60A, HW-S60A. 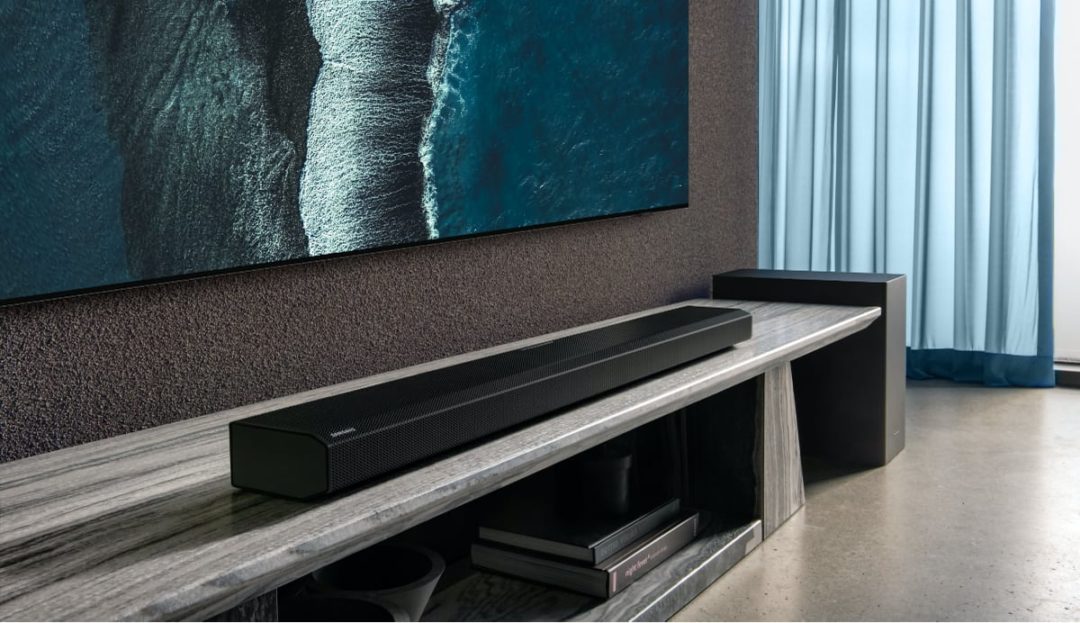 The new HW-Q950A goes one step further by adding not additional speakers to the soundbar itself, but new side speakers for surround speakers. First of all, they should further improve the side sound presentation. In addition, the soundbar features SpaceFit sound calibration, which measures the parameters of the room, including its objects, and adjusts the sound presentation accordingly.

Samsung’s Q950A can also be connected to QLED TVs with Q-Symphony support. Q-Symphony in 2021 should be equipped with TVs such as the Q80A, Q70A, Q60A and the AU8000 series. It’s also worth noting that the HW-Q950A soundbar will not come cheap. Its predecessor cost 1,400 euros.

The new Rear Speaker Pack, consisting of a 4.0.2 configuration, will be available for purchase for select soundbars starting in 2021. It is possible that the designation for this kit will be S-WA85B. The Dolby Atmos Soundbar HW-Q800A 3.1.2, which inherits its predecessor, the HW-Q800T , will be compatible with this kit.

The Samsung HW-Q800A, like its big brother, supports Dolby Atmos and DTS: X, and has an HDMI input (with eARC ), an HDMI output (the HW-Q950T also has) and an optical digital port. This soundbar is equipped with an 8-inch subwoofer. There is also Bluetooth and Amazon Alexa. It has yet to be announced if the 2021 Samsung soundbars will be connected to HDMI 2.1 .

The HW-Q70A is a bit like the HW-Q800A, but this soundbar has a slightly different structure. The system comes with a 6.5-inch subwoofer, HDMI input and output, opto-digital connection, Dolby Atmos, DTS: X and many more technologies. The system is based on Samsung Acoustic Beam technology, which provides 3.1.2-channel sound.

The entry point for Q-Soundbars is the Samsung HW-Q60A. It’s a compact 4.1 channel sound solution, with a 6.5-inch subwoofer, but no Dolby Atmos. However, he still has two HDMI connections (input / output).

There are also reports that two soundbars with names will be released: Samsung HW-Q850A and Samsung HW-S60A. The latter will likely be the stylish 4.0 option. How the HW-Q850A will be positioned has yet to be determined.

At the moment: January 2021, there are no prices or release dates for new soundbar models from Samsung. Manufacturers will first study demand and then announce their prices. As in previous years, new soundbars may hit stores in the second quarter of 2021 (March to May).

Overview of innovations in soundbars from 2021 from Samsung: