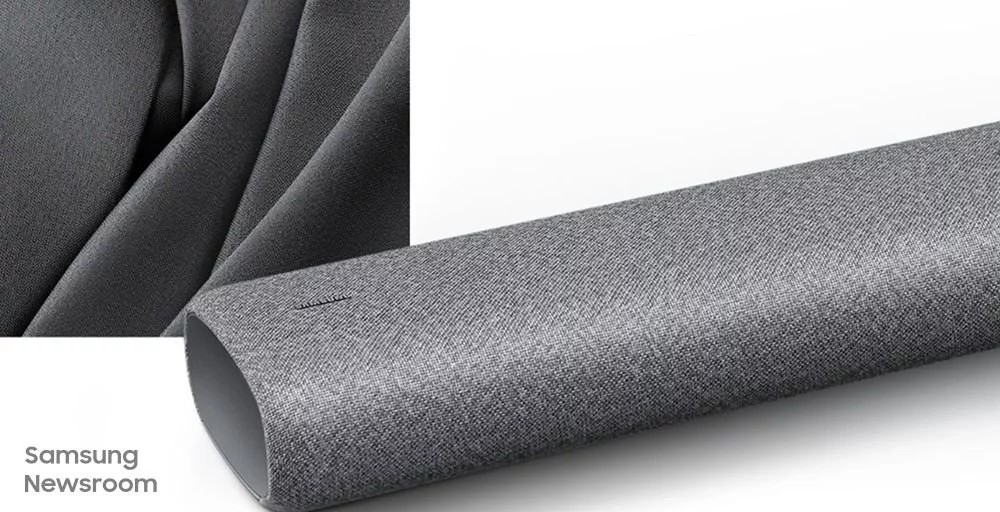 Earlier this year, Samsung unveiled the world’s first 11.1.4 Soundbar, designed to make viewers feel at the center of the action with rich, room-filling sound. Its appearance was made possible thanks to the tireless and long-term efforts of the company to develop innovative technologies that meet the highest demands of consumers.

Samsung unveiled its first soundbar back in 2008: the HD-X810 marked the beginning of a new line of products with revolutionary ideas in design, features and technology. The new HW-Q950A is an impressive 11.1.4 multi-channel system that delivers vivid spatial effects in action-packed scenes such as road chases or aerial combat. Using only four devices – a soundbar, a subwoofer and two rear speakers – it creates a soundstage that only premium AV receivers with twice as many components are capable of.

Only a few years ago, the reproduction of 3D surround audio was only possible with sophisticated home theater systems. But today, with the introduction of the HW-Q950A Soundbar, Samsung offers a compact solution for creating multi-channel, realistic sound. But what exactly do these numbers mean in the configuration? The 2.0 two-channel system is a stereo system with two speakers, right and left. In a three-channel system, an additional center speaker appears to increase the clarity of the sound. Further, the 3.1 system is equipped with a subwoofer to amplify the low frequencies, and the 5.1 system – with rear speakers to create a spatial effect, which, in particular, deliver sound from objects leaving the screen. In this regard, it is appropriate to recall 2016, when the Samsung HW-K950 soundbar was born, which became the first such device with a three-dimensional 5.1.4 configuration.

Two years later, the company released the HW-N950 in a 7.1.4 configuration, adding two channels on the sides of the soundbar to enhance the spatial effect.

In typical TV placement environments, sound not only comes directly from the speakers, but also bounces off the walls, ceiling and floor. As a result, distortions occur due to the different times these waves reach the point of view of the viewer. To eliminate these, Samsung has developed SpaceFit Sound technology, which synchronizes sound and ensures it is perceived as it was intended for editing. For this, the acoustic characteristics of the room are analyzed using the built-in microphone and digital signal processor of the QLED TV. This feature is available on Q700A and above soundbars and Q70A and above TVs of the current year.

What’s more, the top-end HW-Q900A and HW-Q950A soundbars have an Auto EQ function that analyzes the surroundings using the microphone built into the subwoofer rather than the TV microphone. This allows for better low frequency calibration. This function can work with any TV, as it does not use its equipment.

Samsung is also continuing to use Q-Symphony technology, extending it to an increasing number of devices. It creates a unique synergy between the soundbar and the TV’s built-in speakers to enhance the immersive experience of a wide range of programs.

The Coolest Bluetooth Speakers 2021 Review: We check out the most unusual speakers this year