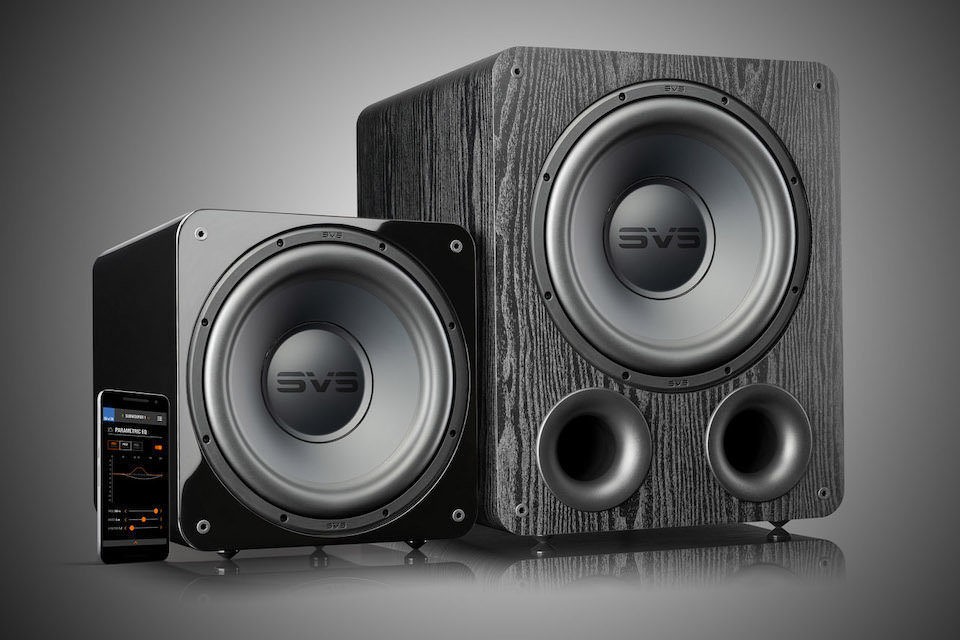 The series of 1000 Pro subwoofers from the American company SVS, which replaced the usual 1000, has so far included only two models: SB-1000 and PB-1000 . The first is in a closed case, the second is in a bass reflex (two ports). Otherwise, they are practically twins.

The 12-inch long-throw driver of the new 1000 received a fiber composite cone with a parabolic suspension. The driver is equipped with a double ferrite magnet and a double layer voice coil.

Both 1000 Pro models are equipped with a Sledge STA-325D amplifier. It combines the high output current of discrete MOSFETs with Class D energy efficiency. Its 325W RMS power can reach 820W peak or slightly higher.

The signal for the amplifier is processed by an Analog Devices 50 MHz, 56-bit filtered audio processor, which SVS has described in a press release as “the most advanced DSP available in a home subwoofer.”

New items are configured from the application for mobile devices via Bluetooth, and this system is borrowed from the monstrous 16-Ultra model .

The SB-1000 and PB-1000 housings have additional high-strength plastic inserts and elastomer anti-resonance feet. Both subwoofers can be covered with a solid cloth grill.