The second element of the set is the Teufel T6 Subwoofer wireless subwoofer . It can be positioned both vertically and horizontally and is equipped with a 165 mm woofer loaded onto a bass reflex. The module operates in the range from 31 to 200 Hz. 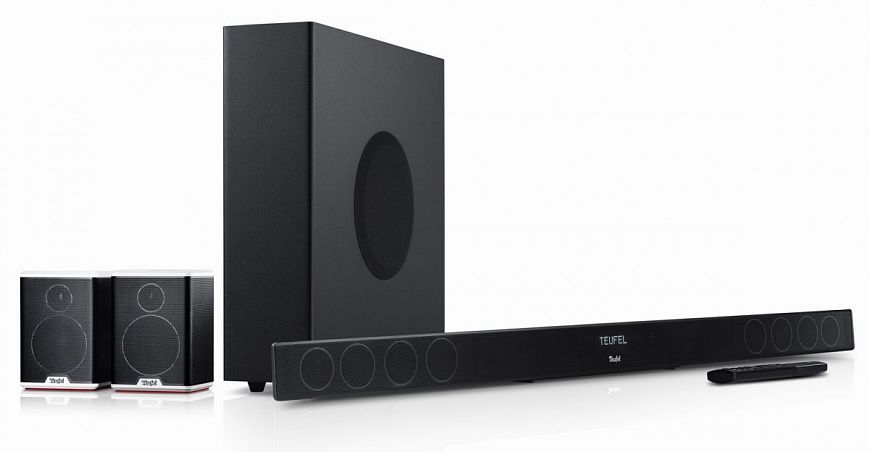 Set Teufel Cinebar 11 «4.1-SET» complemented by wireless satellites Teufel Effekt . Despite the fact that they receive the signal through the “air”, the speakers still need to be connected to the network. Each satellite is equipped with a 19mm tweeter, 76mm main driver and 55W class D amplifier.